With the release of Windows 8.1, Surface 2 and Surface Pro 2, there are thousands of people who are getting their first taste of the new Windows environment. Neowin has already looked at some of the top apps available, and now it’s time for a look at the top games.

Games dominate the Windows Store’s list of most-purchased apps, and for good reason: There are several standout games available, in a variety of genres. Here are some of the best games available, listed alphabetically, that can run on either Windows 8.1 or Windows RT 8.1. 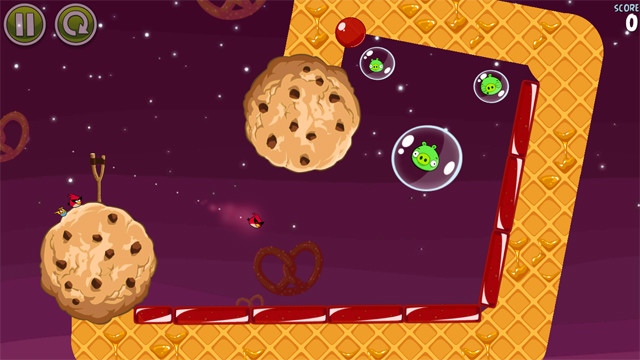 Rovio’s Angry Birds franchise is one of the top-selling mobile games of all time for good reason, and the franchise has gotten better with age.

Currently only “Angry Birds Space” and “Angry Birds Star Wars” are available on Microsoft’s flagship operating system, but both titles are fantastic. They take the traditional physics-oriented gameplay of the original game and add a new dimension with gravitational pulls, all while adding new birds that have special abilities. 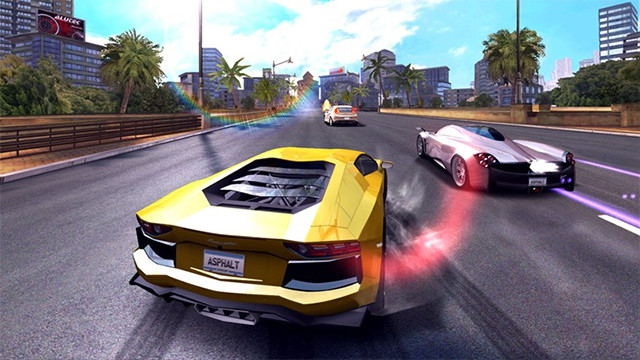 There aren’t many racing games currently available in the Windows Store, but the dearth of titles doesn’t mean “Asphalt 7: Heat” isn’t fantastic.

The game, which features both singleplayer and multiplayer capabilities, boasts quality graphics and dozens of drivable cars alongside several track options. There’s plenty of game modes available to keep things fresh, and a tracking system adds some depth alongside Xbox Live achievements.

At $1.99 it’s hard not to recommend “Asphalt 7,” and “Asphalt 8: Airborne” should make its way to Windows eventually. With a quality stable of games available, it’s a shame Gameloft doesn’t put more emphasis on Windows, though it’s released numerous great games on Windows Phone. 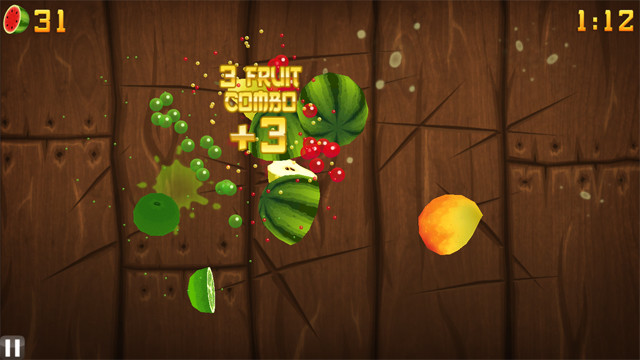 “Fruit Ninja” may be simple, but it takes advantage of the touchscreen interface available on smartphones and tablets to a degree that perhaps no other game does. There’s not many options available, but you’ll quickly lose track of time and forget about all that.

It’s impossible for me not to recommend “Fruit Ninja” at $1.99, even if you own the game on your smartphone of choice. 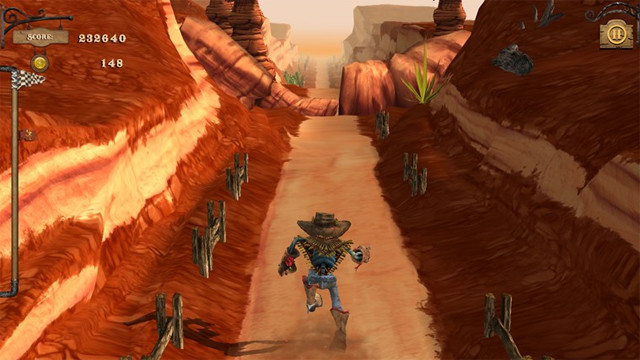 “The Gunstringer: Dead Man Running” serves as a spinoff of Twisted Pixel’s fantastic Kinect game, “The Gunstringer.” Both games are on-rails shooters, but the Windows spinoff is an endless-runner game that also has a story mode.

“Dead Man Running” had a price tag when it was one of the first Windows 8 games released, though it now has adopted a “freemium” model, with accessories and power-ups available for purchase. Some of the tremendous humor of the first game is missing, but it’s still got a slapstick vibe. Good graphics and sound help round out the package for a fun bit of time-wasting.

The game has a lot of depth, with a lengthy story mode and several endless running maps, which makes it a no-brainer to pick up. 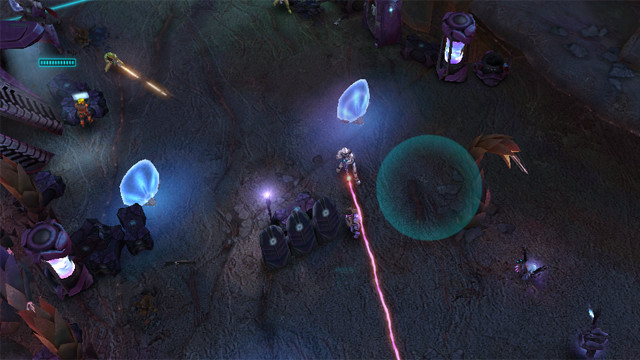 Several games have attempted to be the quintessential first-person shooter of touchscreen devices, though most feature clunky controls and simply aren’t too fun.

“Halo: Spartan Assault” eschews the idea that a franchise needs to keep its exact genre to be successful, opting for a top-down perspective that feels right. The game keeps the Halo spirit alive through its colorful graphics and familiar weapons, and it features rotating challenges to keep things interesting.

The game can be synced alongside a Windows Phone version, though that requires a separate $6.99 purchase, unfortunately. If you have to pick one, it’s easy to recommend the Windows version because of its improved graphics. If Microsoft wanted a killer app for its operating systems, “Spartan Assault” fits the bill. 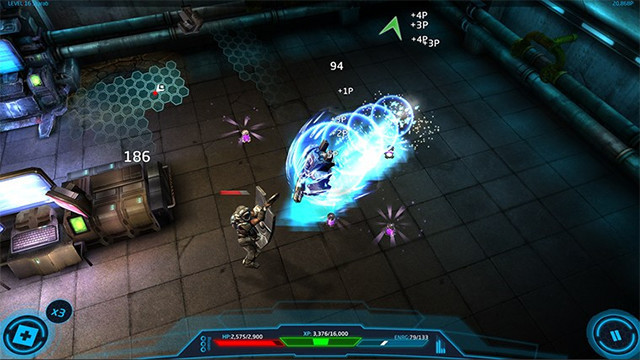 “The Harvest” was originally a game designed to show off the power of the then-new Windows Phone operating system, but it came to Windows in March after being available on Microsoft’s smartphone platform since 2010.

The game is one of the few role-playing titles on the Windows Store, but it boasts tremendous graphics and fun action-oriented combat somewhat reminiscent of Blizzard’s Diablo franchise. With synchronous co-op play, “The Harvest” for Windows boasts a big capability unavailable to its smartphone sibling.

If you’re looking for a quality touchscreen RPG, look no further than this title exclusive to Microsoft platforms. 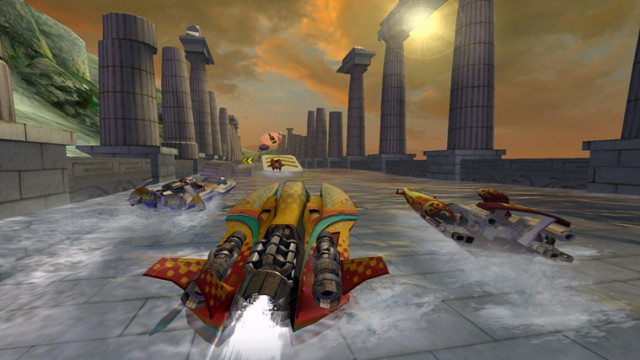 If you’re a fan of speedboat racing games, chances are you’ve played “Hydro Thunder” at some point in your life, an addicting Midway game released on the Nintendo 64 and original PlayStation.

Microsoft acquired the franchise’s license when Midway went bankrupt, and Vector Unit, a small independent developer, released “Hydro Thunder Hurricane” on the Xbox 360 in 2010. The game has since found its way on Windows, and it’s fantastic and addictive, albeit pricey at $9.99.

The game features some of the best graphics of a Windows 8-style game, and the experience is the same addictive and insane power-up racing everyone’s come to expect from the franchise. Windows 8 may not have the stable of games as Android and iOS, but if Microsoft keeps putting an emphasis on titles like this, it won’t matter. 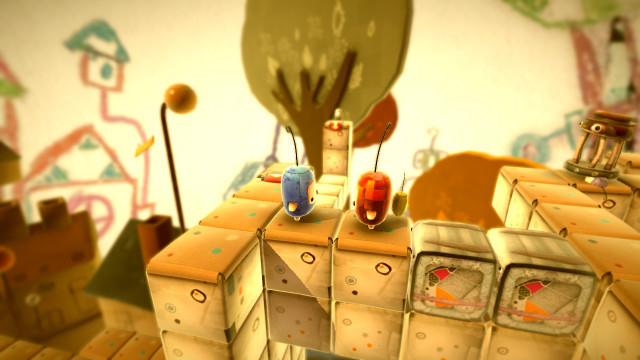 Yet another Xbox 360 and Windows Phone game has made its way to Windows in “ilomilo plus,” an enhanced version of the puzzle game featuring two friends who have to reach each other on unique maps.

Puzzle games have quickly become in vogue again, with titles such as “Portal” helping boost their popularity. Much like “Portal” has its signature style, “ilomilo plus” also has a method of play that’s all its own. Few games feature the simple but interesting style found in “ilomilo plus,” but it’s a title almost anyone can easily pick up and play.

It’s yet another game that isn’t found on competing mobile platforms, and it’s a game worthy of its praise. 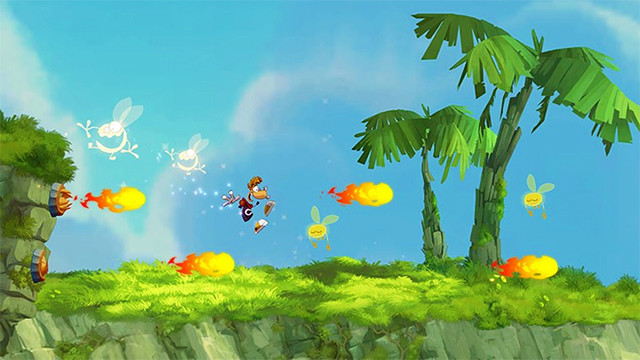 Combining the recent endless runner phenomenon with a well-known franchise, “Rayman Jungle Run” gets everything right about how a mobile game should work.

“Jungle Run” features the same 2D graphics found in the recent “Rayman Origins” console reboot, and it looks terrific on a tablet. The game features platformer-inspired play known in the Rayman franchise, helping it stand out from other endless-runner games in the Windows Store.

There’s really not much to say about “Jungle Run” beyond saying it’s one of the best mobile games on the market right now – and that’s saying something. It’s simple in its style, but it just works, which is exactly how a mobile game should be. 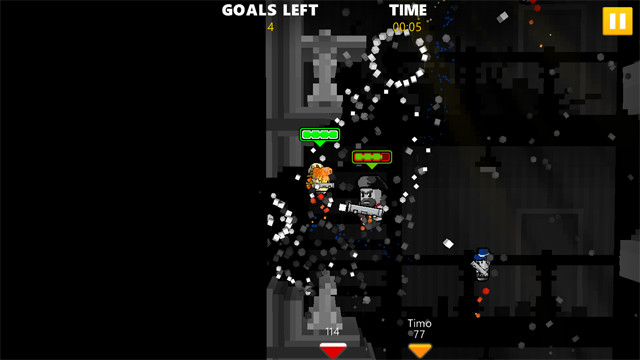 Despite being one of the first games released for Windows 8, “Rocket Riot 3D” seems to remain a hidden gem on the Windows Store for some unknown reason.

“Rocket Riot 3D” is based on the Xbox 360 game “Rocket Riot,” but with better graphics and touchscreen controls that actually seem perfect for the title. Users control a jetpack-enabled character who flies around the map with a rocket launcher defeating waves of enemies in several level styles. It sounds generic, but it’s put together in a way that’s unlike other touchscreen shooters, and it’s got tons of levels to keep you coming back.

There are several downloadable content packs available, but the main game is lengthy by itself, and you’ll quickly get sucked in and forget about the errands you were supposed to be running. The game is also available on Windows Phone, though it’s unfortunately outdated and doesn’t support 720p screens.

“Skulls of the Shogun” 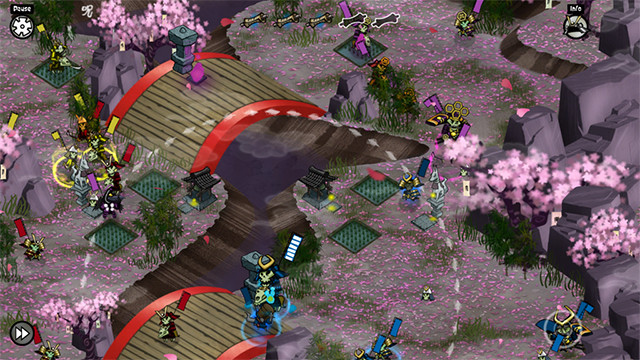 It’s surprising that there aren’t more turn-based strategy games on tablets and smartphones given how well they seem to lend themselves to touchscreen devices, evident by the addictiveness of “Skulls of the Shogun.”

As with “Halo: Spartan Assault,” this game allows users to sync content between Windows and Windows Phone devices, a capability that fits the turn-based nature of the title perfectly. It boasts both singleplayer and multiplayer modes to keep things interesting, and a great-looking 2D graphics style helps it stand out from other titles in the Windows Store.

It’s another somewhat-expensive game at $9.99, but it’s also a quality title that’s worth the price if you’re a fan of turn-based strategy games. 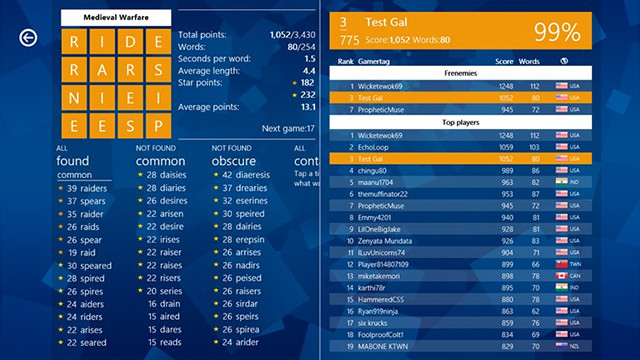 Microsoft seems keenly aware of the “Words with Friends” addictiveness, as the company created its own word-based puzzle game in “Wordament.”

The game pits users against one another to see who can come up with the most words out of the same letter pool. It’s both simple and intense, and it can be enjoyed with almost any of your friends because it’s also available on Android, iOS and Windows Phone. There’s tons of ranking and statistical information if you want to compete at a global level as well, or if you just want to rub it in your friend’s face.

“Wordament” is free, but the rehab you’ll need from becoming addicted to it is not.