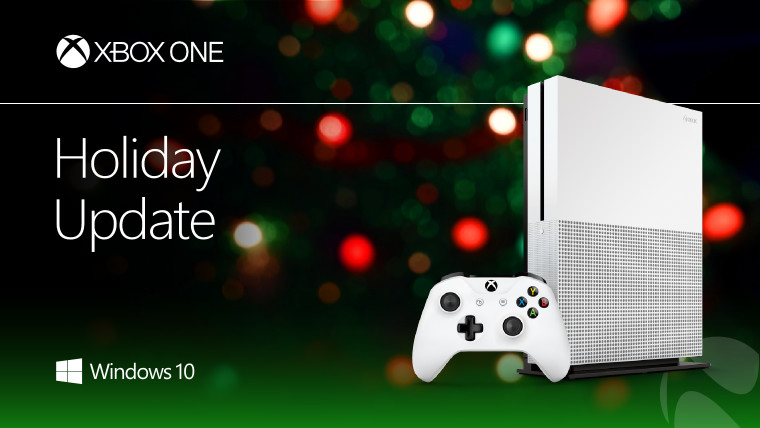 Microsoft today announced the general availability of the Holiday Update for the Xbox One and One S. As with all updates to the console since Windows 10 was introduced to it, it's known by many names, including Version 1610 and the Anniversary Update (AU).

You might recall that when the company first detailed the AU for the Xbox One, it had promised that it would roll out in two separate updates, the first being the Summer Update (also referred to as the 'August Update'), which was released back in July. Previews for the second wave began arriving to testers in September.

The main features of today's update include Clubs, Looking for Group, and Arena, which were all announced back at E3 2016 in June. Here's what's new:

As you can see, there are quite a few new features. Of course, if you're on the Xbox One Preview Program, you have all of this already. In fact, the Preview Program was recently rebranded as the Xbox Insider Program, and anyone can sign up for it now; however, new members will be ineligible for system updates.

The next thing in the Xbox's future will be the Creators Update. There's not a lot that's known right now about what will be included in the Xbox One variant of it, but given that it's slated to be released in four or five months, we shouldn't have to wait too long to find out.