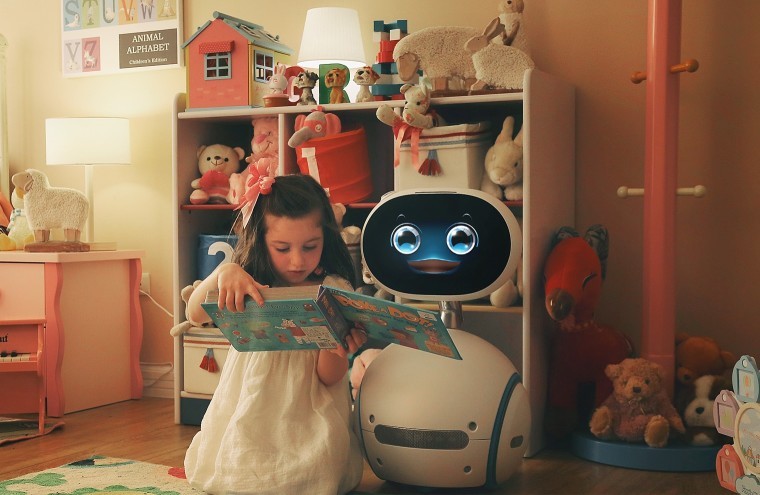 Amazon started an industry trend when it launched its first Echo home-assistant device. But while other companies are following suit, launching their own internet-connected assistants for the home, Asus is looking to leapfrog all of them with its brand new robot.

Dubbed Zenbo, the small robot is designed to follow you around the house, take voice commands and help out whenever you need access to media or the web. Zenbo has a clean and sleek design, with a rounded base and a touchscreen display on top, that also doubles as its “face” when manipulating interacting with humans.

On top of that, Zenbo can pretty much do all the same things as Google’s Home or Amazon’s Echo devices. It can set reminders and timers, answer queries, display media on its own screen, control smart home devices and eventually do much more thanks to connected phone apps via the company’s SDK. For example, the robot has a number of children’s stories that it can read and “perform”, but that collection may be expanded through other apps.

Asus also demoed a so-called emergency situation mode, where Zenbo can detect instances where someone might need help and notify other members of the family. A promotional video shows how Zenbo’s camera detects an elderly man falling, and the robot quickly calls other family members who can check on the situation through the robot’s video-calling capabilities.

If you want to get a better sense of what Zenbo’s like and the world that Asus envisions, we strongly recommend you watch the company’s promotional video. It’s perhaps the most entertaining and abstract piece of performance art you’ll see all week.

There’s no info on pricing or availability for Zenbo just yet; The Zenbo robot will retail for $599 at some point in the future. In the meantime we’ll keep an eye out for the company’s upcoming announcements.