While the Windows Phone Store might not be as crammed with games as the iOS App Store or the Google Play Store, it certainly has a decent collection of games that you can pass the time with. In this article, we will focus on some of the best games found in the Windows Phone Store, expanding across different genres such as casual, puzzle, hidden-object, role playing, sports and more.

Developed by US TWO STUDIO LIMITED, this puzzle game is designed to entice people of all genders and ages. It was released on Windows Phone a couple of months ago as a paid title and has garnered acclaim from plenty since then. Not much of the story is explained except that you assume the role of "Ida", a character through whom you have to explore mysterious mind-bending monuments and hidden paths in a beautiful 3D environment. These paradoxical monuments provide optical illusions you would never expect from a seemingly simple puzzle game, making you question yourself: How is this building even possible?
How is this building even possible?

You can step on switches, pull levers, rotate, expand and contract buildings by simply sliding your finger across them. Heck, you can even make stairs appear by just pulling them up from the ground. Your main objective in each level will be to reach the end of it by passing through different puzzles and cryptic areas. In some levels, you'll have to avoid the "enigmatic Crow People" while in some, you'll be aided by your friend, the Totem, who'll guide you through seemingly impossible paths.

In short, this game is one of the best games I have played on my Windows Phone. My only complaint with Monument Valley is the few amount of levels in it. Only 11 levels are unlocked when you purchase and download the game, and an additional 8 levels can be installed for $1.99.

Score! combines the puzzle and sports genre in the best possible way I have seen up till now. In this puzzle football (soccer, to some of us) game, you'll have to recreate famous goals from history. You'll play as a different player(s) in each level, attempting to score some of the best goals you might have seen on your television.

Combines the puzzle and sports genre in the best possible way...How do you score these goals? It's quite simple actually. All you have to do is drag your finger across the dotted line (or at higher difficulty levels, where you want the ball to go), you'll have to pass the between teammates when required and shoot with pin-point accuracy when you're nearing the goal. Each level can be played at three difficulty levels; at easy, you'll just have to swipe your finger across the dotted line, at medium, you'll have to manage your power and swing as well, and at hard, you will have to score the goal in a different way, contrary to how it had actually happened in history.

Keeping in mind, that this is more of a puzzle game, you'd expect the game to have basic graphics, but the best bit of all is that the graphics are top-notch and the visuals stunning. You can download the game for free and spend in-game cash on additional level packs. When you run out of in-game cash (and you will), you can purchase level packs through real money. I completed most of the levels in this fantastic game and my only quarrel with the game is lack of landscape support, which would have made the game a lot more fun.

Crimsonland is an exciting top-down shooting game developed by 10tons Ltd and it's basically what DOOM would have been like in a top-down environment with beautiful visuals. You are a person stranded on an alien planet inhibited by lizards, spiders, mutants, zombies and whatnot. You'll have plenty of guns and power-ups at your disposal with more unlocked as you complete levels.

What DOOM would have been like in a top-down environment...The game promises 60 missions in the Quest mode, each of which can be accomplished at varying difficulties, five survival modes, 55 perks which can be used in the Survival mode, 21 achievements, and over 30 weapons including pistols, gauze guns, flamethrowers, rifles, shotguns and more!

Quite frankly, this is the game I have spent the most time on, and I have only just completed the 60 levels in the Quest mode at easy difficulty! All my weapons and perks are now unlocked which I can now unleash on the alien horde in the Survival mode, so Crimsonland does have a lot of staying power and will hopefully leave you satisfied by the time you fully complete it. One thing on note is that while price of $9.99 might appear to be steep for a mobile game, it's a universal app and well worth it.

The first Xbox-enabled game in this list is Asphalt 8: Airborne and personally, I don't think it requires an introduction. It is highly regarded as one of the best racing games not only on Windows Phone, but also on Android and iOS. Asphalt 8 has eye-catching visuals, beautiful cars and locations, and death-defying stunts all packed into one exciting racing game.

One of the best racing games...There are more than 300 races in Asphalt with over 13 different settings like Venice, French Guiana, Iceland, the Nevada Desert, and Dubai, most of which also offer hidden shortcuts. There are more than100 cars also available, including Lamborghini Veneno, Bugatti Veyron, Ferrari FXX, Lamborghini Aventador and Pagani Zonda R.

The sound tracks and audio is impressive, coupled with multi-player racing, leader boards and Xbox achievements, you simply can't go wrong with this one. 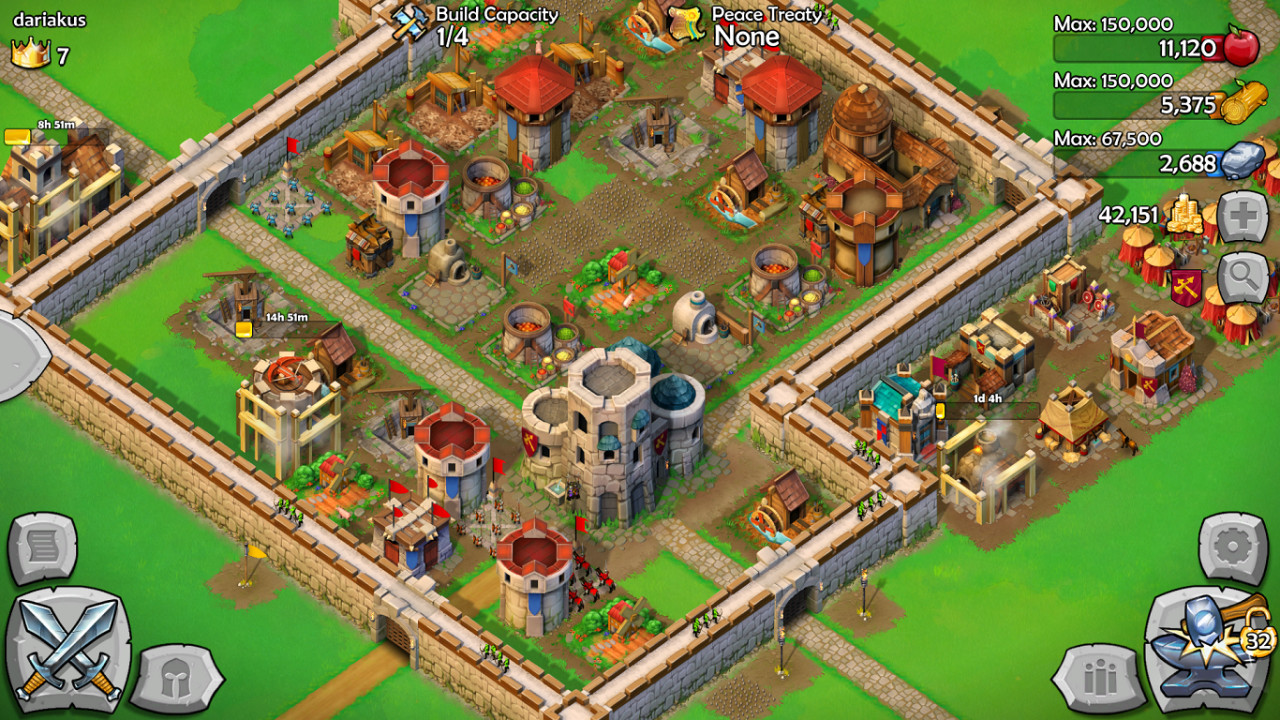 With the Windows Phone Store currently lacking the fan-favorite Clash of Clans, Windows Phone users have had to resort to other alternatives. One of which is Age of Empires: Castle Siege. This is a beautiful strategy game, published by Microsoft Studios as a freemium Xbox-enabled game.

Devise your strategy to conquer empires.You can choose between one of the many civilizations in this game, including the Britons, Teutons, and Kievan Rus as you lead them on to their glorious future. Wage wars against fellow players, upgrade your walls and keeps, research on technology, grow on farms, mine stones, cut down wood, raise armies, and join clans. You can also train several different type of soldiers, and recruit various heroes as you devise your strategy to conquer empires.

Being a part of the popular Age of Empires franchise as well as being one of the few strategy and simulation games on Windows Phone, this is favorite among the OS' users. 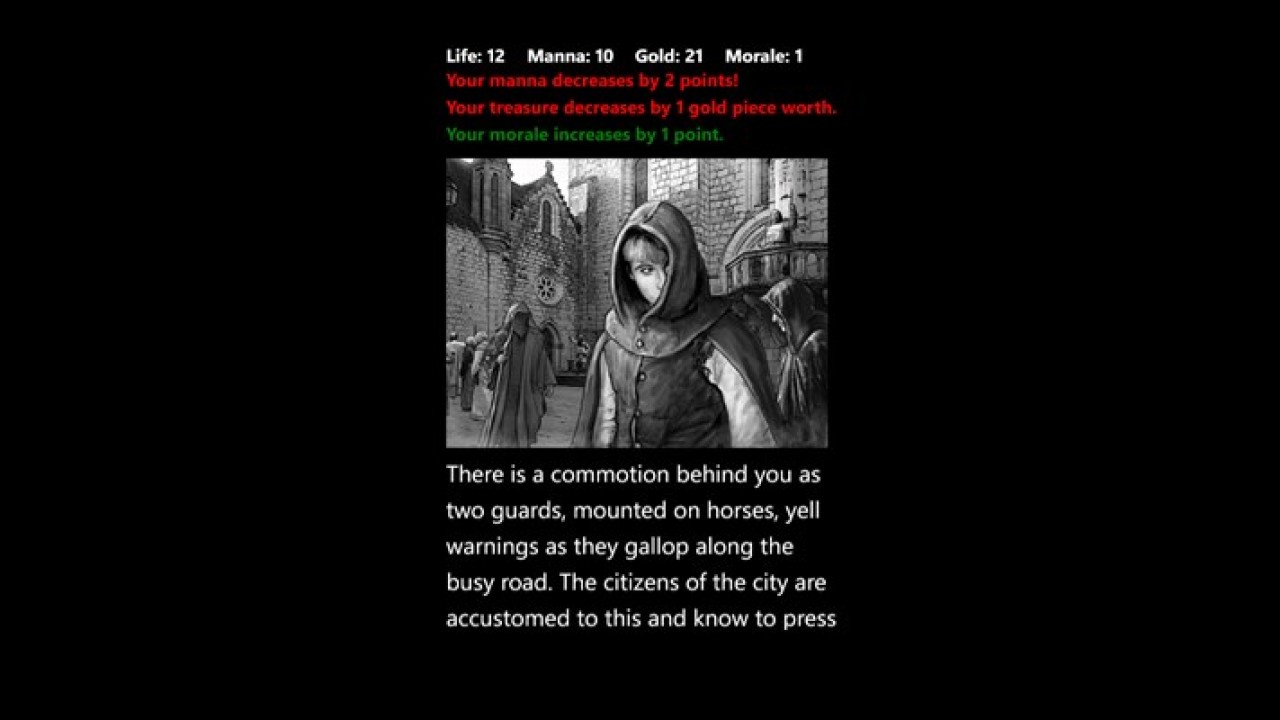 Delight Games, published by the company of the same name, is actually a collection of "choose your own adventure" type games. Featuring stories ranging from the medieval times to the zombie apocalypse, this collection will entice book readers as well as role-playing enthusiasts.

This collection will entice book readers as well as role-playing enthusiasts.The collection currently consists of several series, which includes 6 volumes of Wizard's Choice, 8 volumes of Zombie High, 3 volumes of Detective's Choice, 2 volumes each of Bionic Bikini and Witch Saga, and a volume each for Deep Space Huntress and Pirates Never Die. As can be seen, the genre of these volumes encompass most of what you'd qualify as interesting for today's younger generation. You play the game as simply as you read a book and make your choices accordingly as the play progresses. The layout is minimalistic as it should be and the transition between different stories is fluid.

The stories are well-written and impressive and with the promise of frequent updates adding more volumes to the already large collection, I can see why this game grew on me. All of these volumes can be downloaded separately but it is recommended to download the games as a collection; which is available in two versions, free and paid. 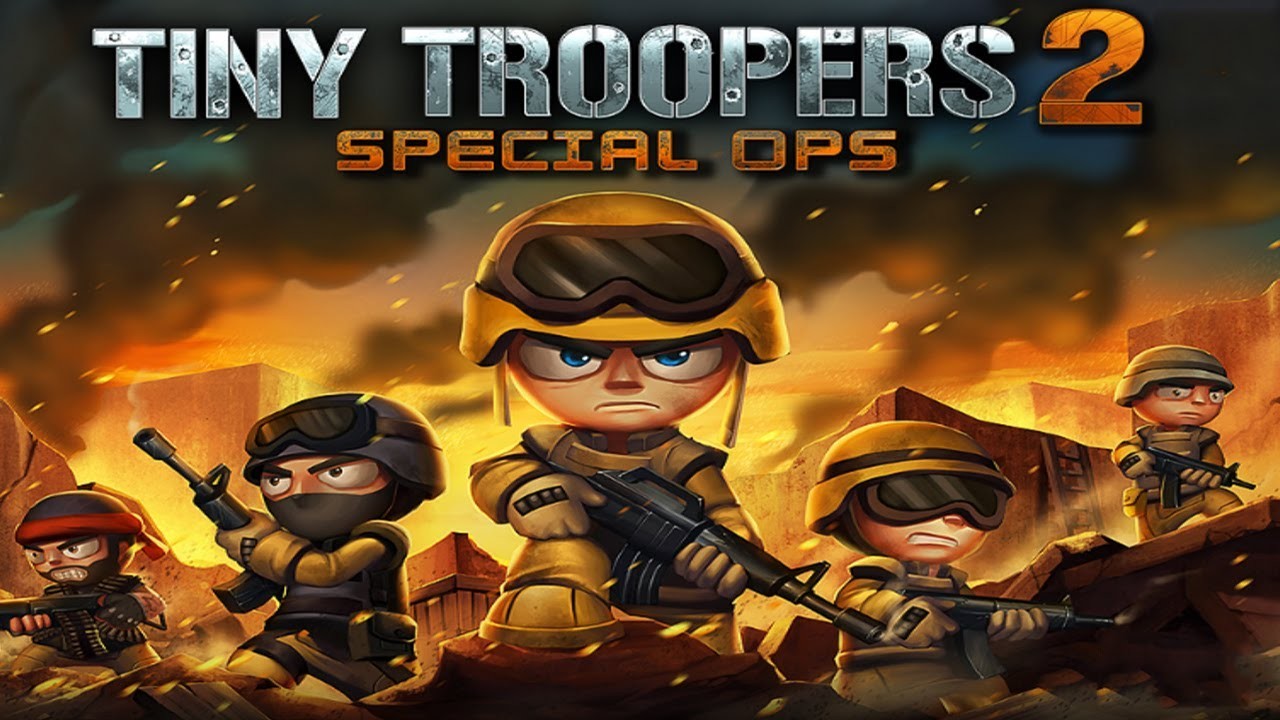 Tiny Troopers 2 is another Xbox-enabled game from popular Windows Phone publishers, Game Troopers. The game is a sequel to it's widely acclaimed predecessor, Tiny Troopers. The game takes a 3D approach to strategy, simulation and role-playing games. Featuring cute cartoonic characters and plenty of missions and weapons to choose from, this game packs in the same punch as its prequel.

Takes a 3D approach to strategy, simulation and role-playing games.However, all is not the same. Tiny Troopers 2 has a lot more action, sound effects and enticing visuals. You take control of your squadron as you guide it through enemy lines, eliminating the opposition and accomplishing the main objective of each level. Your characters, if they survive, grow in rank and abilities and prove to be even more powerful in the next levels.

All in all, this is yet another exciting endeavor from Game Troopers, which has been praised by users and critics alike and I'm sure you'll find it just as awesome, should you choose to play it.

Nightmares from the Deep: The Cursed Heart 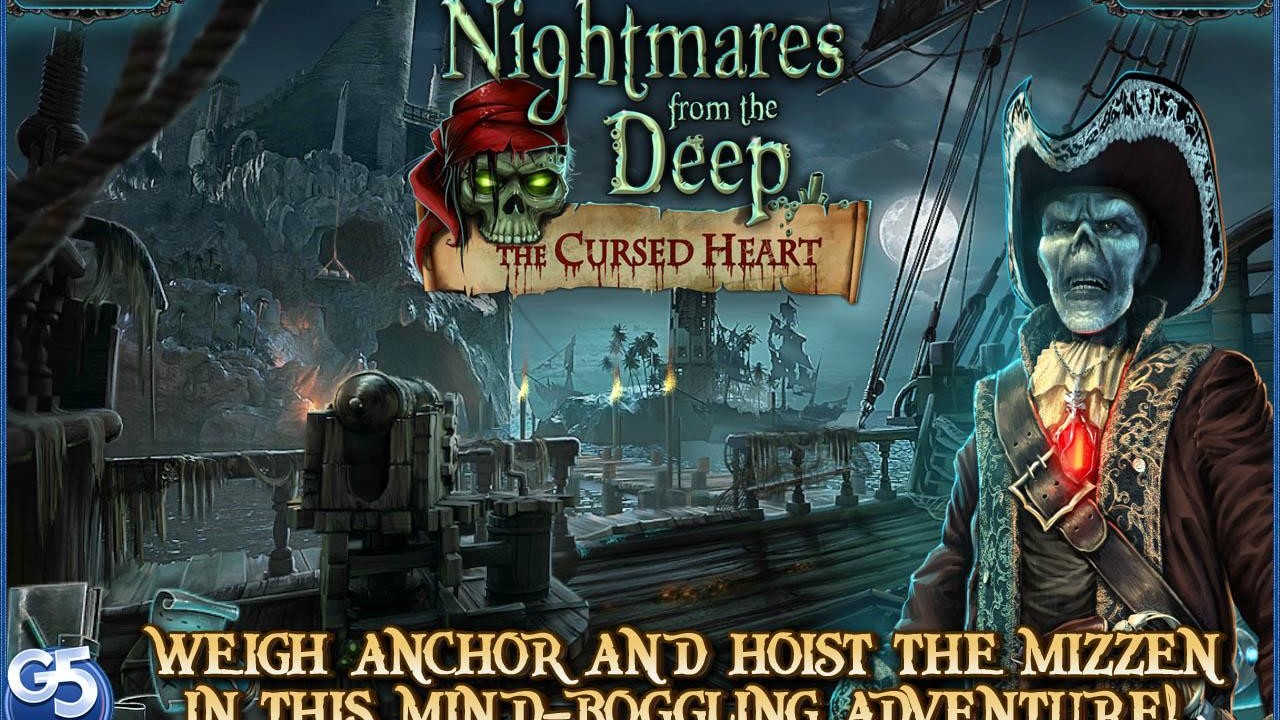 The last (but not the least!) game in this collection is my personal favorite, a hidden-object role-playing game from publisher Artifex Mundi. In Nightmares from the Deep, you assume the role of a museum owner, who pursues the re-enacted spirit of a centuries-dead pirate in search of her kidnapped daughter, in a frightening, yet thrilling adventure.

My favorite element in the game is the beautiful cut-scenes...Throughout your adventure, you have to face the undead, spirits from other worlds and several traps as you are whisked away to another island on a ghost ship. You'll discover secrets from the (un-)dead pirate's life, as the game and the search for your daughter progresses.

My favorite element in the game is the beautiful cut-scenes which familiarize you with the story as well as creating a haunting atmosphere. The sound track is quite good, the story intriguing, and the sheer amount of puzzles and hidden-object games will ensure that you stay hooked on to the game for quite some time.

This list is by no means complete, but did you find any of your favorite games in this list? If not, do sound off below!