You might be able to pay with your Android phone at McDonalds as soon as next week, according to a leaked memo by the corporation.

An image reported by Android Police purportedly shows an update on mobile updates, stating that Samsung and Android mobile devices are eligible for payments from August 26. The notification notes that procedures are identical with customers using Apple Pay. 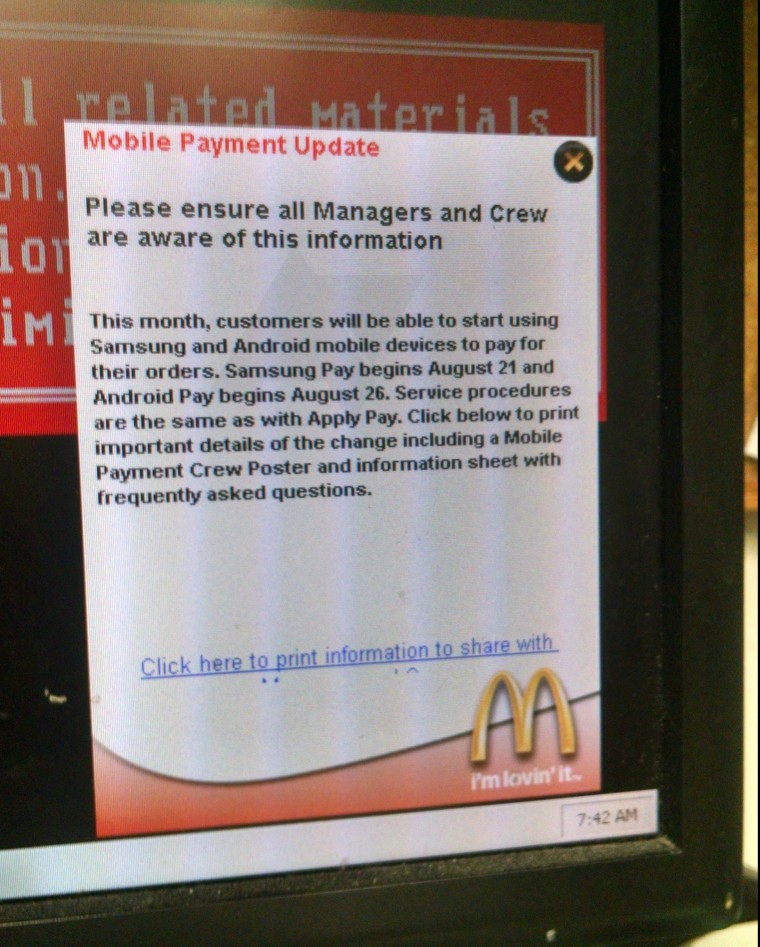 The rollout of Android Pay comes as a direct response to Apple Pay, who released their services in the US in October, 2014. While both companies will essentially offer the same service, the main difference is that Android Pay could work with some older devices running Android Kit Kat. Apple's decision to include NFC in it's latest flagships, the iPhone 6 and 6 Plus, means it is compatible with the payment technology.

Unfortunately, there are only reports of release in US branches of McDonald’s. There is no word on whether Google will be releasing it in other parts of the world as well. The service will also soon be accepted in other major corporations such as Best Buy, Macy's and Office Depot.