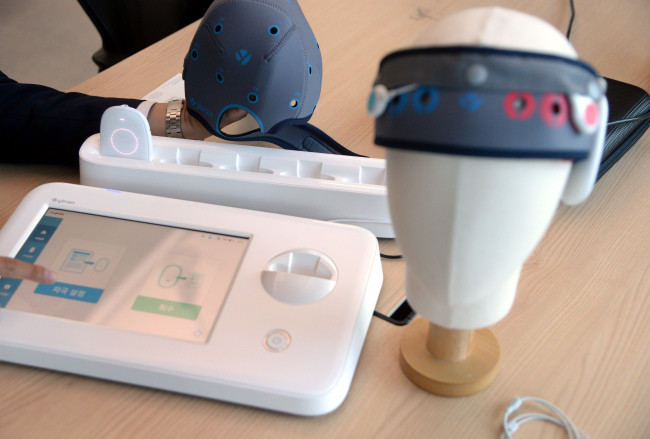 While it is debatable how important smartwatches are for our daily lives and how widely they will be accepted, wearables that are attached to health have long had alluring potential and public interest. Although fitness bands generally come to mind, a company in South Korea is taking things a step further.

Ybrain has taken it upon themselves to try and offer a solution for those suffering from depression. The idea was spawned due to the growing number of people that are suffering in South Korea, yet their reluctance to seek treatment for fear of social stigma.

Mindd is a small 150 gram (5.3 ounce)device that people will be able to use in the comfort of their own home. It relies on transcranial direct current stimulation, which is a form of stimulation that uses constant low current that is delivered to the brain via electrodes. While this might sound a bit worrying, the source states that users will feel only a mild tingling sensation with only about 20% of the electricity generated actually reaching the brain. Ybrain states that its trials have shown the that the therapy is effective and have not seen any negative side effects. Currently, the device is being trialed in 12 major hospitals in South Korea.

While it's still in its infancy, the firm believes that this will someday be an important health tool that will be used in many homes and has already started working on an improved model that uses a hydrogel material. Naturally, with something like this, the firm is hoping to expand outside its own country to places like Europe and the US.