With all the talk of an iWatch coming from Apple, who couldn't have predicted the same type of product coming from Samsung? Well that’s exactly what’s supposedly happening, in the form of the Galaxy Gear. 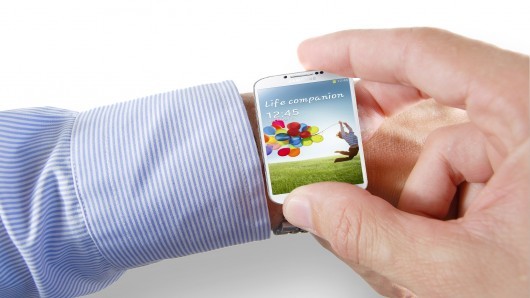 Something tells us it will look better than this, but you get the idea :)

Now, far be it from us to call this fact, and this will make the story sound even less legitimate, but two people (yes, two) familiar with the product have said that the Galaxy Gear will be introduced next month and will have the ability to make calls, browse the internet and send/receive emails.

The Android powered device is due to be unveiled on September 4th, two days before the IFA consumer electronics show in Berlin. Sources say the device will launch this year in order to steal a march on any competition from Apple, naturally. 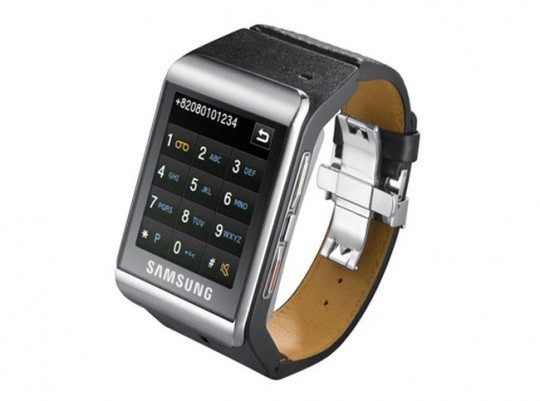 With the global watch industry set to generate $60 billion in sales this year, any new device like a smartwatch will almost certainly get a jump on the competition and, much like the iPhone did in 2007, lock customers in to the platform or brand. Nomura Holdings analyst Chung Chang Won has said:

It will carve a niche for sure as this is an initial product in the market. Wearable devices could be one of the trends in the smartphone market, but I’m not sure yet whether watches or glasses will set the trend.

Was that a slight dig at Google Glass? Either way, will we bear witness to another Apple vs. Samsung battle, this time revolving around a smartwatch and their (potential) designs and capabilities? Only time will tell! Yep, we just did a time based pun.