While Titanfall 2 was absent from the EA Play event's main stage during E3 last week, the monthly updates still keep on coming. The June content drop is titled 'The War Games', and will arrive free of charge for all Titanfall 2 owners.

A rather significant change arriving with the update is the addition of a third weapon slot for pilots, giving them the ability to carry a primary, secondary, as well as an anti-titan weapon. This upgrade from carrying two weapons to three will surely give pilots more freedom when choosing which loadout to take into battle.

The update's new standard map, titled War Games, was initially introduced in the original Titanfall as a DLC. The map is set on a combat simulator, used by pilots to hone their skills in various combat scenarios, with the map's description provided by Respawn saying:

War Games highlights the civilian shops, tall buildings for window-to-window fighting, and city streets for Titan combat from the Battle of Angel City, and the large, open tank garage facilities for hand-to-hand Pilot combat from the Battle of Airbase Sierra. The outskirts of the map feature a clean, VR style perfect for Titan duels, while Pilots are often found running along the bright, interconnected wallrunning routes. 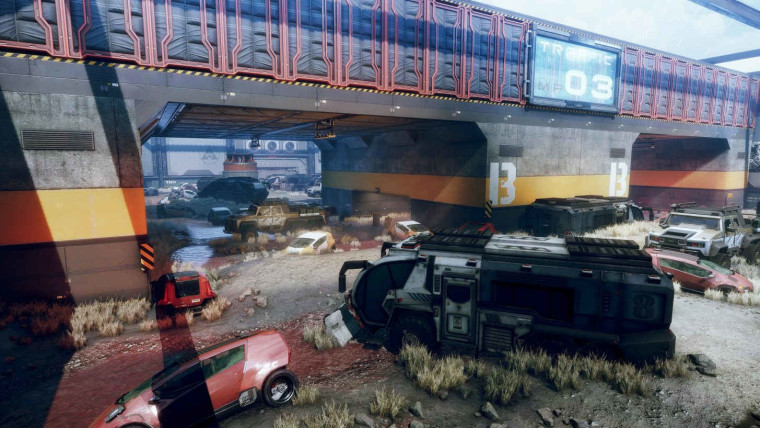 The second map arriving with the update is Traffic, and this one is exclusive to the Live Fire game mode. The map is described as "A weathered test site where pilot positioning is pitted against mobility across two busy thoroughfares," with plenty of cover to make use of and sniper positions in the backlines.

Other changes in the update include the popular Titan Brawl mode being added as a permanent game mode and Free Agents as a new featured mode, with the full changelog set to arrive when nearing the release date.

The developer mentioned some stats regarding the playerbase, saying that there are almost 20 million Titanfall and Titanfall 2 players, with the sequel boasting over a million active players a month. Another announcement was that Titanfall 2 will receive 4K support for the upcoming Xbox One X console, along with support for dynamic super scaling.

The War Games free DLC will drop on June 27 for PC, Xbox One, and PlayStation 4, with a new trailer coming soon. Meanwhile, the developer teased that the July update will include a returning game mode from the original Titanfall, which could be the fan favorite Frontier Defense co-op mode.