Earlier today, HP announced a range of Windows devices, including the affordable Pavilion x2 convertible, and a trio of premium Envy notebooks. Now it's Toshiba's turn, which has unveiled its new laptops that will launch with Windows 10 onboard this summer. 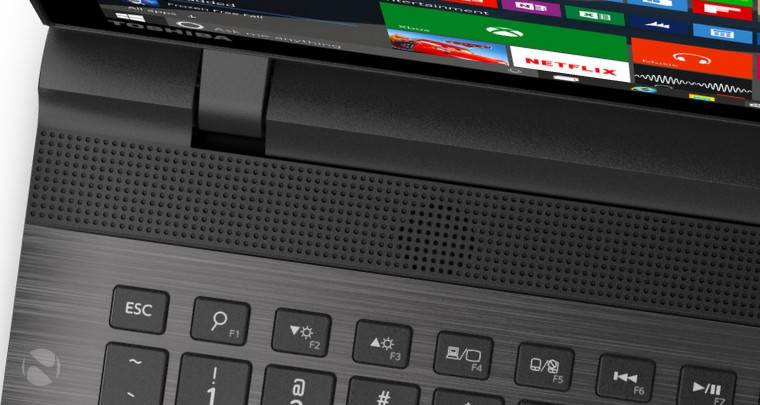 The new devices include an interesting feature designed for Microsoft's next-generation operating system: they all include a dedicated hardware button for getting the attention of Cortana, the digital 'personal assistant' in Windows 10. The button takes over the function of F1 on the keyboard, while other Fn buttons are assigned to controls such as screen brightness and media playback.

The F1 button is most closely associated with accessing 'help' in Windows (or Windows applications), and with Microsoft integrating technical support with Cortana, this placement certainly seems to make some sense.

Toshiba introduced a wide range of notebooks today, from low-cost devices for the 'essentials' to fully-featured heavyweights with 4K displays. 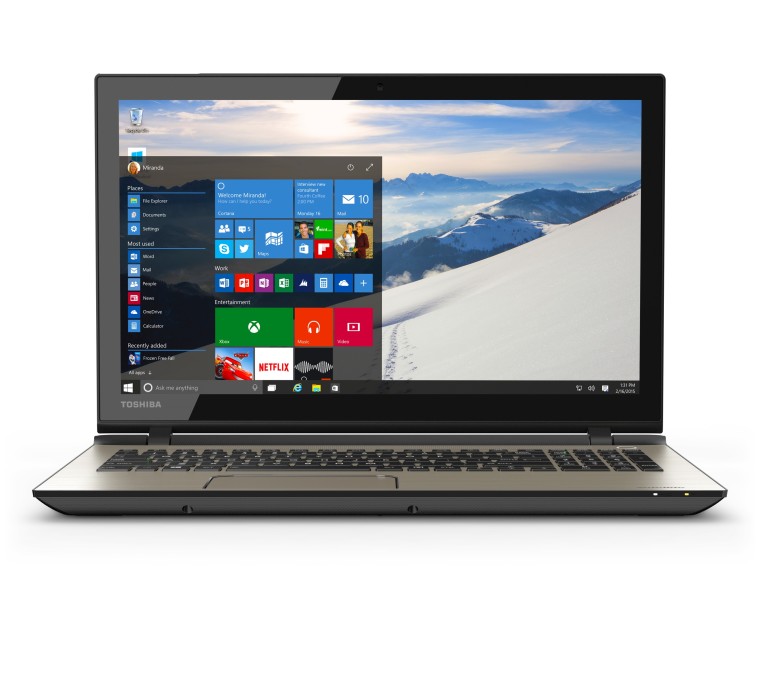 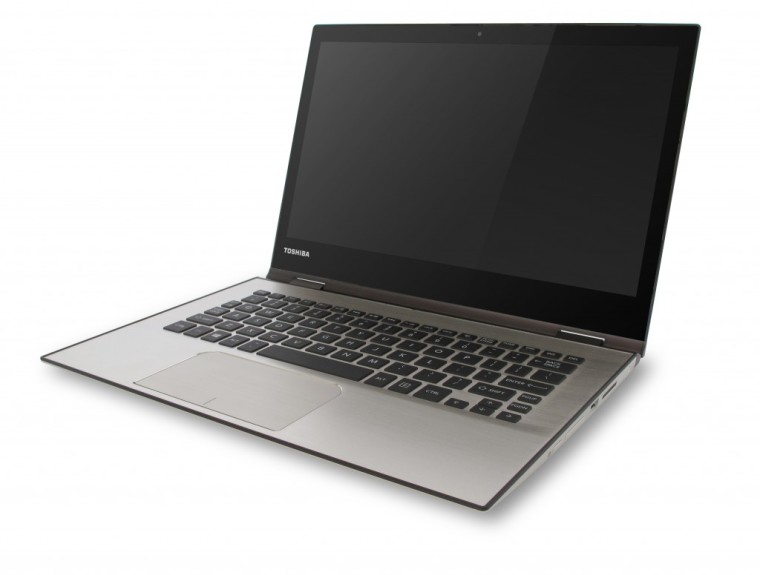 Toshiba claims that the Satellite Radius is "the first 2-in-1 convertible PC to offer 4K Ultra HD screen resolution. Key features include: 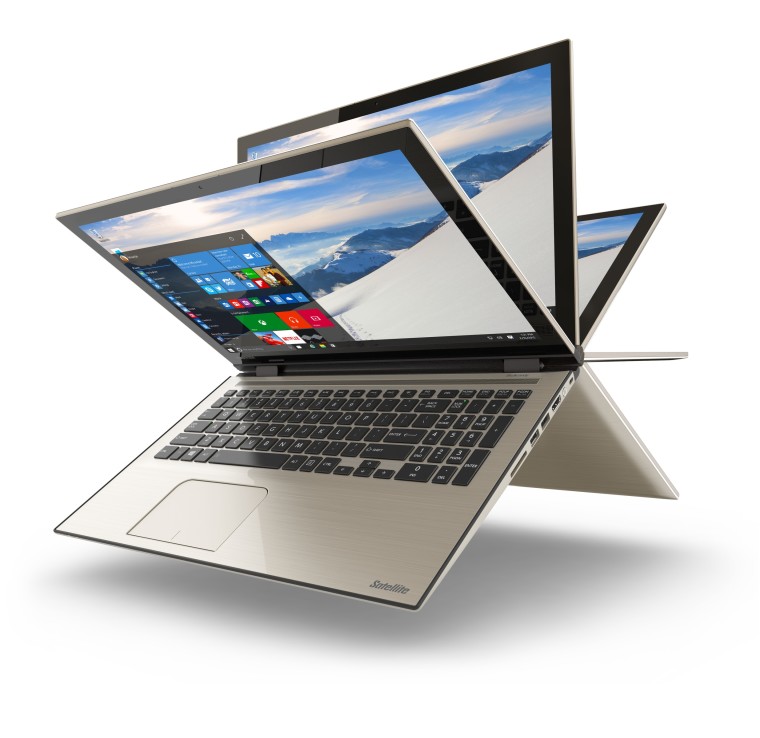 With a similar 360-degree hinge to the Radius, Toshiba says the Satellite Fusion "is a versatile laptop offering great value for every occasion". Highlights of the device include: 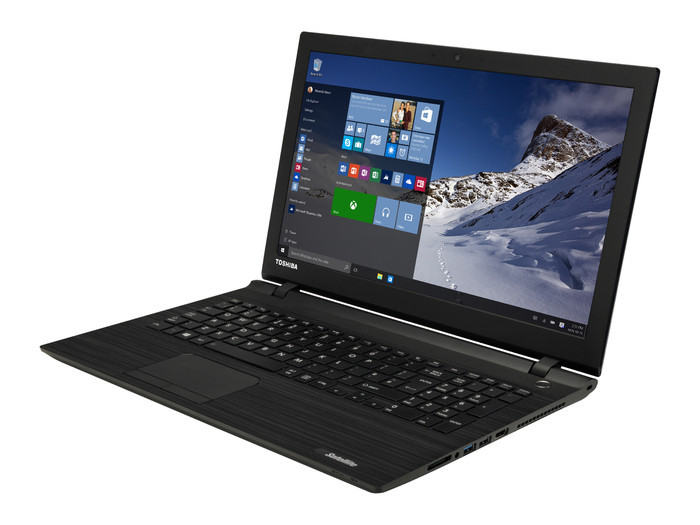 It just wouldn't be a Windows party without at least some low-cost devices to talk about. Toshiba has come up with the goods, unveiling new C-series notebooks that are as big on value as they are in size. Key features include: 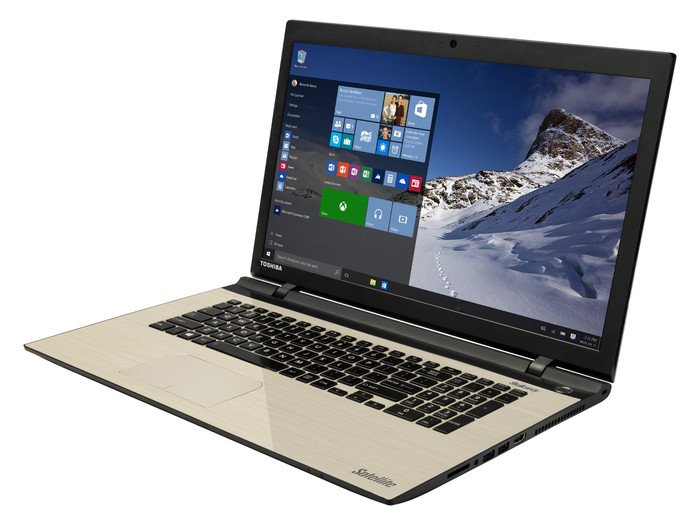 Sitting just a bit higher in Toshiba's range is the Satellite L-series, which the company describes as "thin, lightweight and stylish", although the 'Satin Gold Finish' may not be to everyone's tastes. The L-series includes:

What do you think of the dedicated Cortana button on the keyboard? Should more manufacturers do this, or is it a bit irrelevant with touchscreens and 'Hey Cortana' voice activation? Let us know your thoughts below!