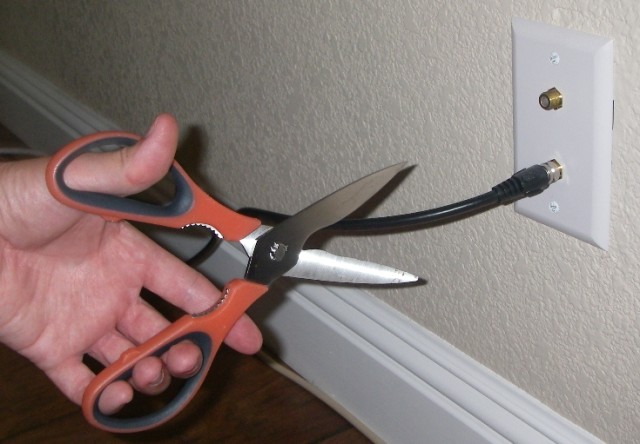 The price of pay-TV continues to rise at a fast pace, with many people paying over $100 a month just to watch TV shows. Although streaming video over the Internet has been around for awhile, legal access to movies and television shows has always been more difficult than just turning on your cable box and punching in a number on your remote control. As the prices continue to rise, and as those legal online options continue to improve, more and more people are cancelling their service to save money.

According to RapidTVNews, 20% of Netflix users are in the "cancel your TV subscription" camp. That number jumped up to 41% for the 30-44 age group, a number that is sure to concern the pay-TV companies. Unsurprisingly, the younger age groups were less likely to have Netflix streaming compared to the 30-44 age group. Many studies have suggested that the younger demographic would rather use a torrent to download their material because there's more variety, it's easier to do, and costs no money. In addition, the older age groups generally have more disposable income.

As time goes on, we'll see whether cable and satellite companies will be able to survive. We're already seeing landlines disappear as cell phones become the preferred method of communication. Companies like Comcast see the writing on the wall, which is why they've been expanding their service offerings to include things like home monitoring.