Many employees use their last day at a job to tie up loose ends, pass their work off to other co-workers, or just not show up. However, a Twitter employee apparently used his last day at the social media company to catch the attention of the world.

Through our investigation we have learned that this was done by a Twitter customer support employee who did this on the employee’s last day. We are conducting a full internal review. https://t.co/mlarOgiaRF

Twitter had originally called the act a human error. The account was only down for 11 minutes, but given the high-profile nature of the account and the prolific nature of its use, they were a very silent and noticeable 11 minutes. 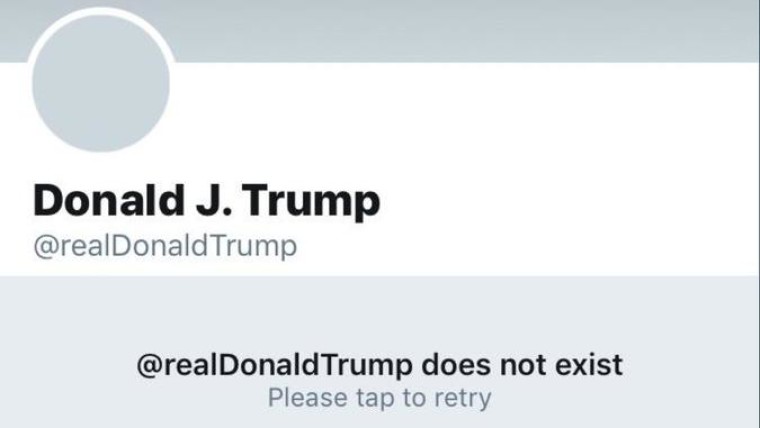 Trump later acknowledged the outage, saying it was just another example of how he was impacting everyday life.

Many of the president's 41.8 million followers who ally themselves with his views were obviously aghast at the action, while opponents at first thought Twitter CEO Jack Dorsey had finally pulled the plug on the divisive account. Others were calling him a hero and offering him a job.

It is unlikely Twitter will release the employee's name, and it is still unclear at what level the employee was, as plenty of people in the company have the authority to ban accounts, but fewer have the ability to actually deactivate them.

It remains to be seen if Twitter will divulge anymore at this point, particularly since Trump has brushed off the issue. But you can bet the company will be looking internally at ways to ensure it doesn't happen again, no matter how justified the action may seem.

Update: Twitter has since said it has "Implemented safeguards" to keep the issue from happening again, without going into detail. But it did add that it took the issue very seriously.