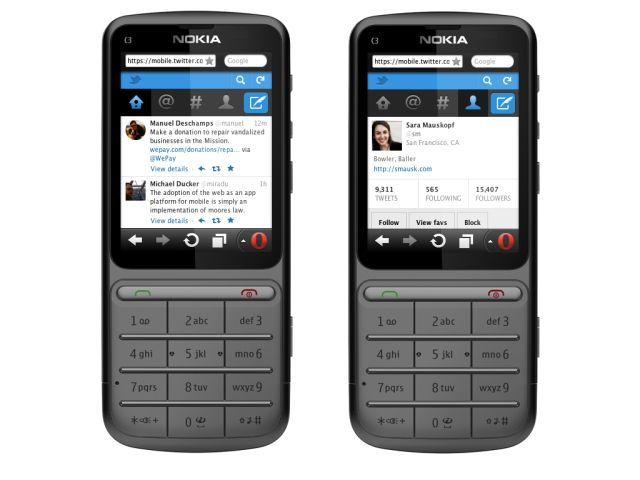 In December, Twitter announced that it had fully launched the new version of its social networking service. The update added a number of new features for its web site and mobile apps, including a new interface that lets people collapse and expand Twitter messages. However, the mobile web version of Twitter didn't get those updates ... at least not until today.

Twitter's blog has announced that the mobile.twitter.com website has gotten an overhaul and now has all of the features that the regular web version has had since December. The mobile web version is designed to be used by feature phones who don't have access to more advanced web browsers or downloadable apps. The site can also be used by people who have low bandwidth connections to the Internet or still use older web browsers.

In this updated version of mobile.twitter.com, you can see all the Tweets from the accounts you follow in the Home tab and check your @mentions in the Connect tab. You can see what’s trending in the Discover tab, and access your direct messages and Tweets in the Me tab.

Twitter also says that the new mobile web page uses one-third less bandwidth than the previous version, which should please those folks who still use a regular mobile phone.