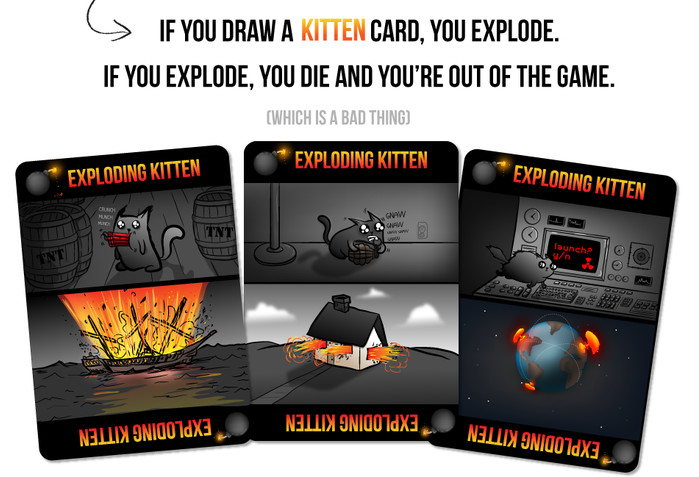 You probably haven’t heard of “Exploding Kittens” but that may change soon as the upcoming card-game is currently blowing up on Kickstarter.

Created by two Xbox folks Elan Lee and Shane Small, and joined by Matthew Inman of Oatmeal fame, Exploding Kittens is currently undergoing funding on Kickstarter and it achieved its original funding goal of $10,000 in just 20 minutes.

The game itself is very simple to understand being a regular card game with occasional jokers – the kitties in this case- that make the player go boom. Of course there are special cards and power-ups that players can use to defuse the cats, pass them onto others or force your frenemies at the table to pick up more cards ahead of you.

Both versions are supposed to ship this summer, though with such high funding and so many backers dates and availability may obviously vary.