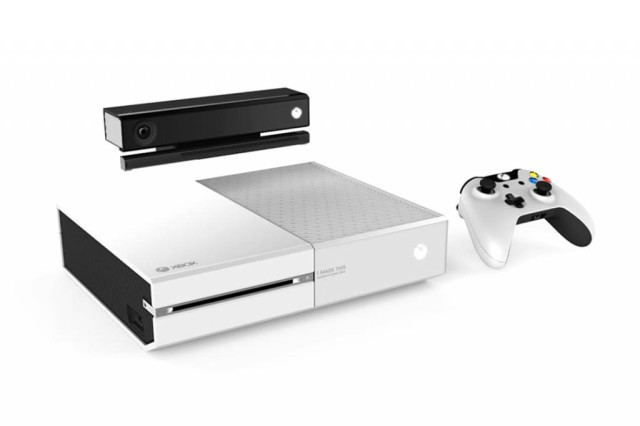 In August, it was revealed that members of Microsoft's Xbox launch team would be able to get a special white colored version of the Xbox One. Now, one of these extremely rare versions of the company's next generation game console is available for auction and the proceeds will go to a good cause.

The UK-based charity Gamesaid has launched an eBay auction today that offers the white Xbox One to the winning bidder. Both the console and the included Xbox One controller are white, while the Kinect sensor is still black. The console has the label "I Made This" that's placed to the right of the disc bay and it also comes with codes that unlock both a Day One and a special Launch Team Xbox Live achievement.

Gamesaid is a charity run by members of the UK game industry that acts as a fund raising umbrella for a number of smaller organizations that help disadvantaged and disabled children in that country. The eBay auction appears to be limited to UK residents only. The bidding period ends on Friday and has, as of this writing, already exceeded £1,000 in bids. The Xbox One will be shipped to the highest bidder on November 22nd, the actual launch date of the console.