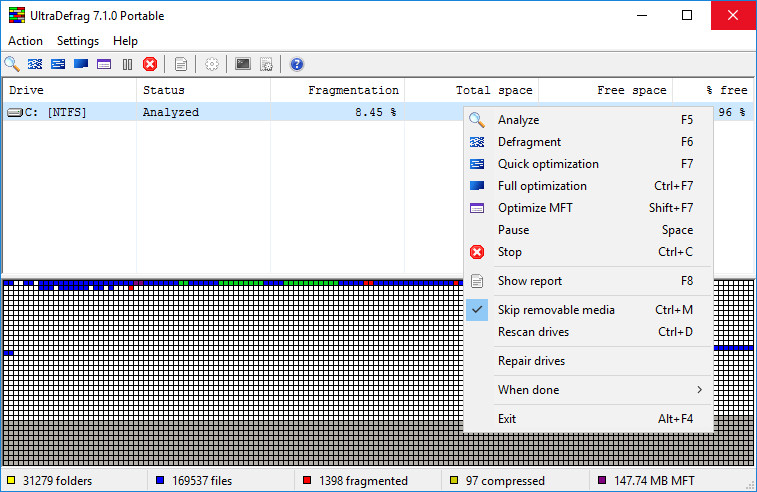 UltraDefrag speeds up the computer by defragmentation of files. When files consist of many little fragments scattered around the disk the computer needs more mechanical work to read them. Because of that the disk access becomes slower. UltraDefrag reduces the file fragmentation, thus it makes disk operations faster. Also the program can optimize a whole disk by placing small files close to each other, sorted by path (or other criteria). After the disk optimization less mechanical work is needed to read groups of small files. This reduces startup times of many applications including web and photo browsers.

In contrast with the most other disk defragmenters UltraDefrag can defragment locked files by running during the Windows boot. Actually all files including page and hibernation files can be defragmented there. Also UltraDefrag aims to be fast, simple, reliable and efficient.

UltraDefrag has the following features:

​The following translations were updated: