After VAIO was sold off by Sony to an investment fund, the new independent company has since released a pair of new laptops and a tablet. It seems like VAIO has more up its sleeve, as it has now ventured into the smartphone space, with a new mid-range handset called the VAIO Phone. 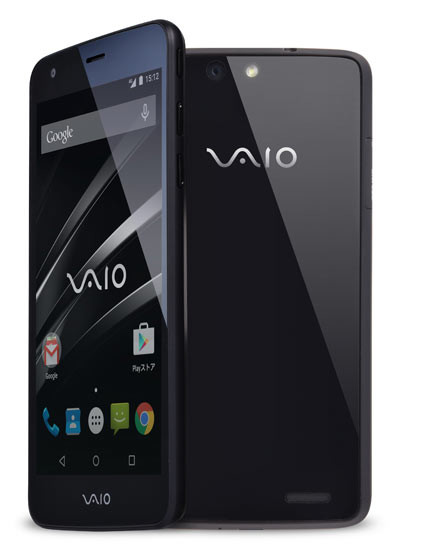 First spotted at the B-mobile website, the device runs on near-stock Android 5.0 Lollipop, with very minimal customizations, and has a 5-inch IPS 720p HD screen. It is powered by a 1.2 GHz quad-core processor, with 2 GB of RAM, and 16 GB internal storage expandable up to 64 GB via microSD.

The handset also includes a 13-megapixel rear camera, and a 5-megapixel shooter on the front, along with a 2500 mAh non-removable battery. Lastly, it is reportedly 4G LTE capable, and supports micro-SIM cards. Obviously, due to the Sony sell-off, the device sports only the VAIO logo, but nothing else related to its former owner.

The VAIO Phone will be exclusively available in Japan, and only in black, and can be purchased via Japan Communications for 51,000 yen (roughly $420). It is not yet known if VAIO has plans to release their first smartphone in other countries.