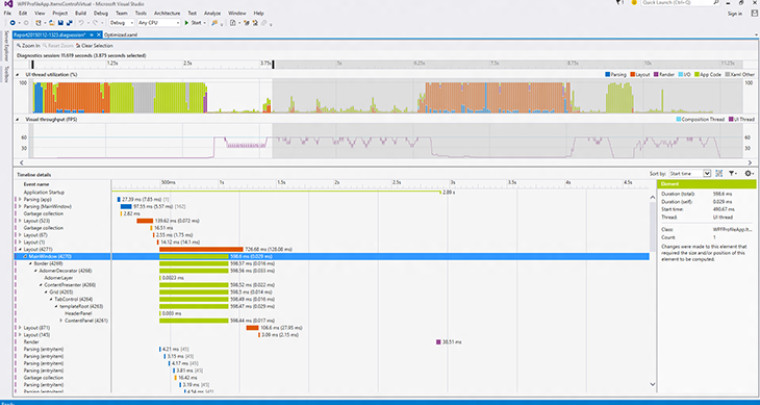 Microsoft has announced that it has released the Visual Studio 2015 CTP 5 for download. If you have been following along recently, you will know that the Visual Studio team has been releasing updates at an extremely fast pace - so quickly, in fact, that you may have missed the last release that came out in October of last year.

The new XAML language service is built on top of .net Compiler Platform "Roslyn" which the company says will give you a fast and reliable XAML editing experience that includes Intellisense.

The new Timeline tool helps to diagnose and inspect performance issues (shown above) with your WPF and Windows 8.1 applications. The tool provides a scenario-centric view of the resources that your application is using which you can view to help improve performance. This tool is located in the performance and diagnostic hub.

For the diagnostic tools, Microsoft has added these new features: