Paradox Interactive has teamed up with Humble this week to offer a bundle containing some of its popular management games plus a bunch of DLC. There are three tiers to go for as usual. The $1 tier is an easy recommendation as it arrives with Prison Architect plus its Aficionado art and soundtrack DLC. Joining it in the same tier is Cities in Motion and its sequel. 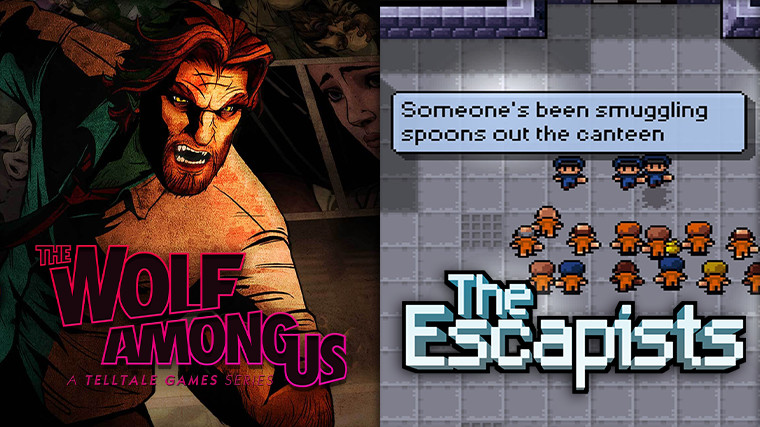 The Escapists arrived as the freebie for this week as expected on the Epic Games Store, the top-down strategy game that involves breaking out of prisons, but when The Game Awards rolled in, the store also put up The Wolf Among Us to claim for free, celebrating the sequel re-announcement.

In The Escapists you will be tasked with breaking out of increasingly difficult prisons with the help of your crafting skills and other inmates. The series publisher recently announced a new game, The Survivalists, set in the same universe, making the original's freebie status a good point of entry if you're interested.

Similarly, right alongside the sequel's revival, the original Telltale adventure game The Wolf Among Us can be had for free to jump into its dark fantasy world. The game puts you in the shoes of Bigby Wolf to investigate a murder, with various decisions made during the game affecting story events.

Epic Games Store will have The Escapists and The Wolf Among Us as free to claim until December 19. As for the rest of the month, the store is planning a big freebie blowout to mark the end of the promotion, with at least one game being given away every day from December 19 to December 31. 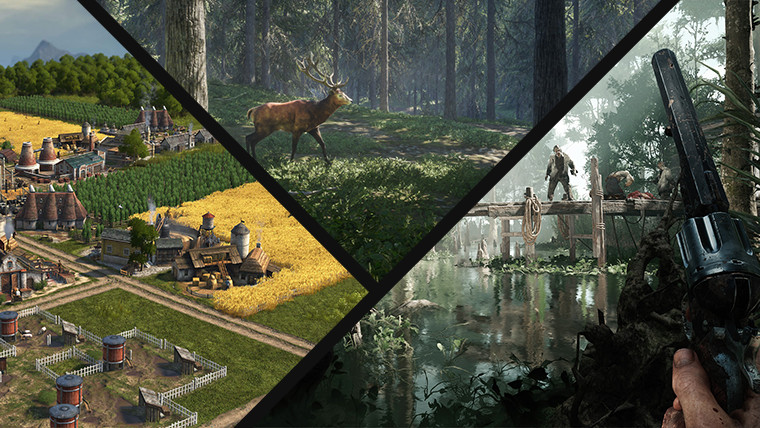 Celebrating The Game Awards, 12 upcoming indie games - including Carrion, System Shock, SkateBIRD, and more - have free demos available on Steam. However, all these will be going away at 10:00AM PT today, so you don't have much time to try out the gameplay slices.

Now heading into the standard free events, the Ubisoft city-building and management title Anno 1800 has gone free to play until December 18. During the event, you can access the first three residential tiers plus the multiplayer and co-op facilities. If tactical shooters are more your style, Insurgency: Sandstorm is also having a free event. This one that lasts through December 17, and you get the full multiplayer experience.

Also free on Steam to try out this weekend is the multiplayer survival game Conan Exiles and the open-world hunting simulator theHunter: Call of the Wild. Lastly, another hunting game, though monsters and other players this time, Hunt: Showdown is joining the free weekend affair as well.

A discount has gone up on the Origin Access subscription service of EA for a short time. If you're a new subscriber, the first month of Basic can be had for $0.99 instead of $4.99, giving you access to the 243 games currently available.

With that out of the way, this weekend's big deals list is down below for you to peruse, filled with award winners and nominees plus some others. While The Game Awards sale of Steam will be ending later today, don't forget that the Steam Winter Sale is starting next week, so prepare to witness some returning deals:

It hasn't taken long for the DRM-free store GOG to begin another major sale, the new one being an over 2,500 discounts strong winter promotion. You should also head over to the newly refreshed GOG Connect section and see if you can claim any DRM-free copies of Steam games you own.