As the final week of October approaches, it also means the current Humble Monthly Bundle is coming to an end. The bundle this month carries quite a selection of early unlocks, hitting you with Call of Duty: WWII, Spyro Reignited Trilogy, and Crash Bandicoot N. Sane Trilogy.

The $12 bundle is refreshing its contents and delivering the hidden roster of games on November 1.

As for this bundle format's future, Humble has announced it will soon be changing the Monthly Bundle to the Choice Bundle. The transformed version will reveal all of its games from day one, but the pricing is being changed, with tiers being introduced. See more details on that here, but essentially, this spells fewer games for more money unless you keep your current $12 subscription active, without fail, going forward.

Back in the regular bundle realm, Humble also put up a new Idea Factory bundle this week, offering a whole suite of games from the Neptunia JRPG series. 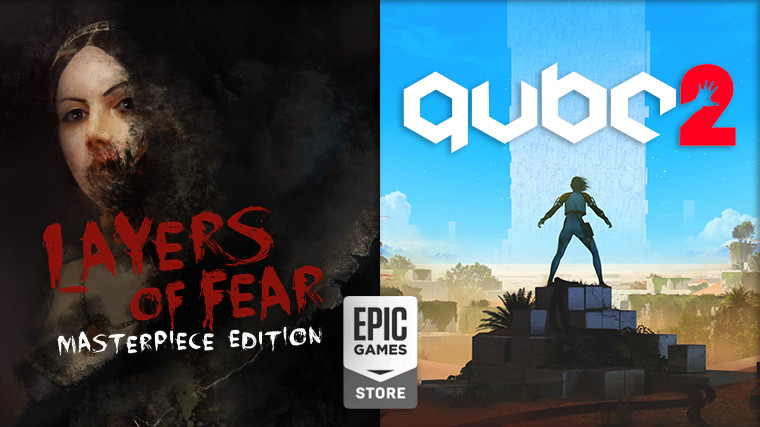 Epic Games Store has two more freebies for you to grab this week, them being Layers of Fear Masterpiece Edition and Q.U.B.E. 2.

Layers of Fear fits the October Halloween theme, bringing in a psychological horror experience in which you take the role of an unhinged painter. This edition of the game also comes with the Inheritance DLC, with the plot now following the daughter of said painter.

Q.U.B.E. 2 arrives as the second, and more family-friendly, entry of this freebie duo. It is a puzzle title, where you manipulate the environment and objects (mostly cubic) to progress through an alien landscape, looking for an escape.

These games are free to claim until October 31, which is when SOMA and Costume Quest will take their places. 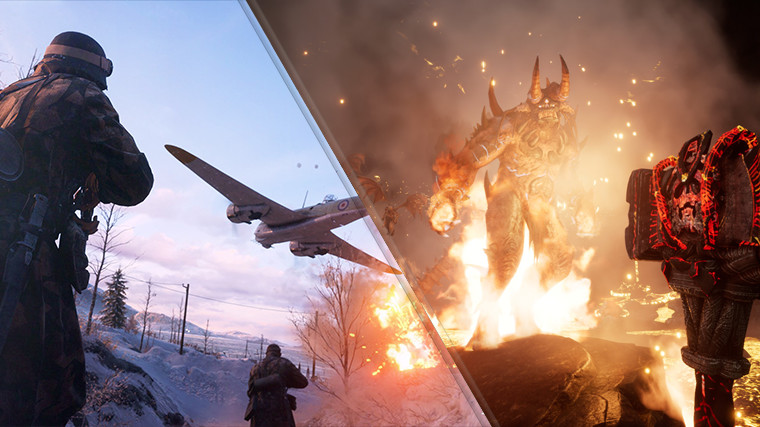 Battlefield V is once again back with its third free weekend in a row, and this time as a free player you can experience the Grand Operations mode on the Twisted Steel, Narvik, Hamada, Rotterdam, and Panzerstorm maps. This is a 75GB download.

Meanwhile on Steam, a couple of games are having free weekend promotions. First is Helldivers, the cooperative top-down shooter that has you eradicating enemies and allies (mostly accidentally) alike, coming in with a 5.2GB download. And next up is Citadel: Forged with Fire, an open-world multiplayer RPG with a focus on magic. This game is a 2.6GB download.

If recent leaks prove to be accurate, the Steam Halloween Sale is kicking off early next week, though some other stores have already begun theirs. On that note, Fanatical's Halloween sale is currently offering an additional 6.66% off for applying the code SCREAM666 at the cart.

Don't forget that this is the final week you have left to enable two-factor authentication in Origin to claim a free month of Origin Access. And while on the topic, Obsidian's The Outer Worlds has hit the $5 per month ($1 for new subs) Xbox Game Pass for PC subscription, if you like going that route.

In the DRM-free corner, we have another selection of discounted games straight from GOG, this time populated with post-apocalyptic and Deep Silver sales. Also, AI War 2 has been added to GOG Connect, where you can grab a DRM-free GOG copy of the game for no charge if you already own it on Steam.

And that is it for our pick of this weekend's PC game deals folks, and hopefully, some of you have enough self-restraint not to break your wallets adding new games to your backlogs this horror season. There is an enormous amount of other deals ready and waiting all over the internet if you comb through it hard enough, so keep your eyes open for those, and have a wonderful weekend.