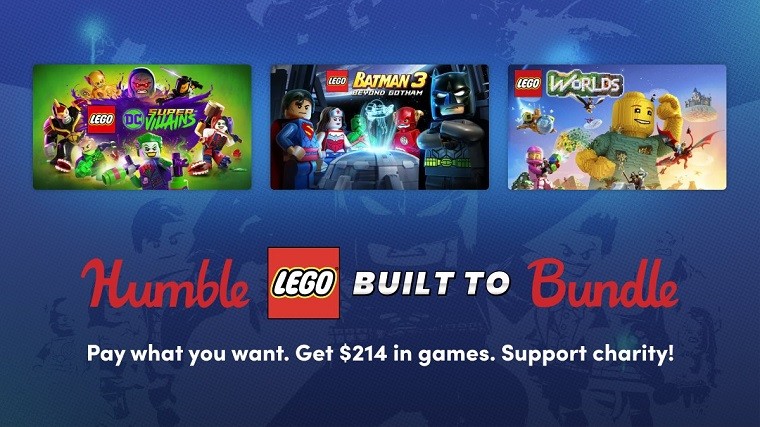 A small part of the Lego games universe got bundled up thanks to Humble just yesterday, offering seven games across many of the popular Lego-fied franchises.

The Lego Built To Bundle begins with the LEGO Ninjago Movie Video Game at the $1 tier. It is joined by four more games if you pay up around $9.50, the current average price, adding LEGO Marvel Super Heroes 2 Deluxe Edition, LEGO Marvel's Avengers, LEGO Batman 2: DC Super Heroes, and LEGO Worlds to your library.

Lastly, putting down $10 will get you all of the above as well as copies of LEGO Batman 3: Beyond, Gotham Premium Edition, and LEGO DC Super-Villains Deluxe Edition. 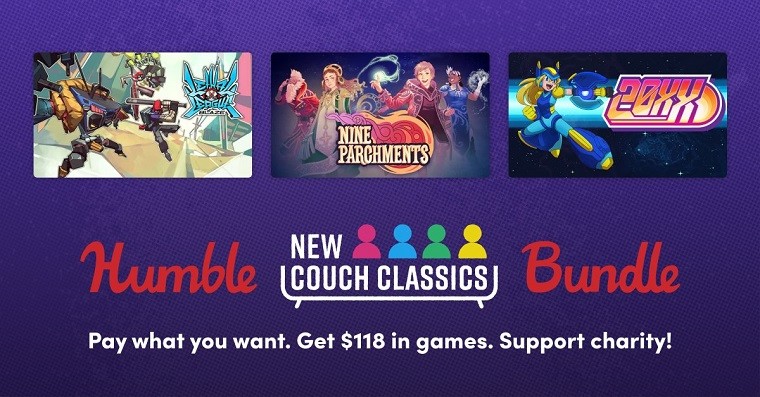 Humble this week also dropped its Couch Classics Bundle, and as its name suggests, the collection is filled with party games you can play both local and online. Though technically, the above Lego bundle falls into the local couch play category as well.

Starting off the first tier is a copy of Door Kickers: Action Squad for $1. When you put down the average price (around $8 currently), the games Ultimate Chicken Horse, 20XX, and Nine Parchments also join the collection.

The third and final tier will set you back $10 to grab, and it adds on Lethal League Blaze, Wargroove, and biped to the entire selection.

Meanwhile, on Steam for a change, 11 bit studios is hosting several collection sales, with its games being offered via three bundles: Starter, Complete, and Ultimate. Starter ($11.05) contains its classic entries, Complete ($22.03) offers all games from the company, while Ultimate ($37.82) also adds all the DLC packs to the package. The prices take into account any games you already own as well. 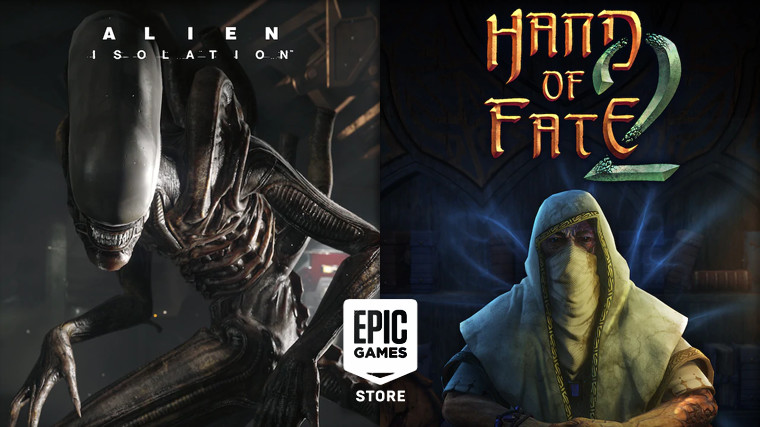 Heading into giveaways, the ongoing weekly promotion of Epic Games introduced two freebies this week to replace the trio from before. Now you can grab copies of Alien: Isolation, its Last Survivor DLC, and Hand of Fate 2 for free.

Creative Assembly's Alien: Isolation tells a new tale in the popular Alien franchise that's set 15 years after the original movie. The surviving horror experience has you steering clear of plenty of more Xenomorphs. Moreover, unlike its previous time on the Epic freebie slot, the Ripley featuring Last Survivor DLC is now attached to the promotion, so try pressing the "Get" button again even if you already own the base game.

Up next, Hand of Fate 2 arrives as a board game and third-person action game mash-up, letting you tackle the rogue-like experience with both deckbuilding and real-time combat.

The freebie coming next week from Epic is a rather odd one, as it's not a game, but rather a premium content pack for the free-to-play title Idle Champions of the Forgotten Realms. This offer will begin being available on April 29.

However, that's not all. You can now grab a copy of Quiplash for free thanks to a giveaway on Steam by Jackbox Games. This humorous party game requires 3-8 players to play - using their phones and tablets - and it asks you to answer simple prompts. The players vote to choose the wittiest answer of them all. This Steam giveaway will last until April 26. 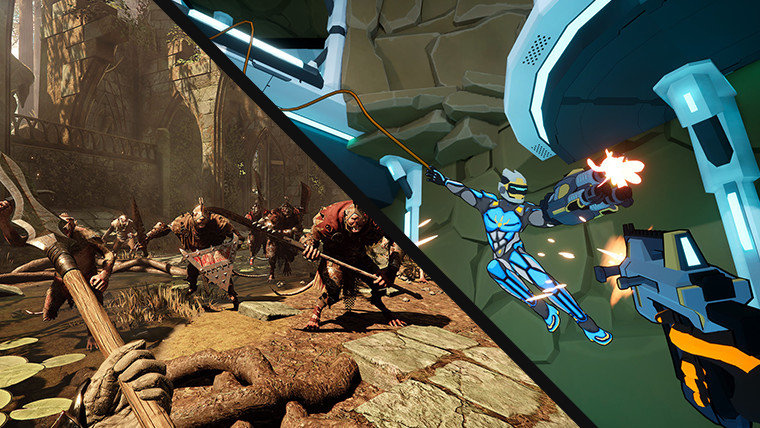 The free events you can try out this weekend come in two flavors, standard and VR.

Going the regular game route at first, Warhammer: Vermintide 2 is back with another free weekend, offering you complete access to the cooperative rat-smashing experience. The studio just implemented a new rogue-lite-inspired game mode as well, which is also available during the free weekend.

At the same time, virtual reality headset owners keen on trying an action multiplayer game can have a look at Grapple Tournament. As it should be evident by its name, the title has you utilizing a grappling hook to enable 3D maneuvering in gunfights. it offers both PVP and co-op against bots rounds.

Coming into the Big Deals section, narrative games - thanks to LudoNarraCon - and games developed in Japan - thanks to the Koei Tecmo publisher sale - are the main specials up for grabs this weekend. Find those and more below:

Multiple sale events are currently ongoing on the DRM-free store GOG, featuring games from Telltale, SNK, Assemble, and others. Check out our highlights: