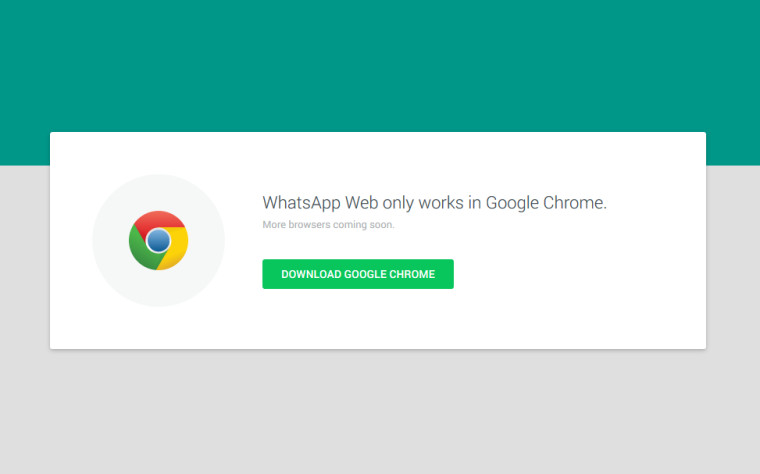 WhatsApp for Web has been launched and can be accessed using the Google Chrome browser for now.

It was rumoured since a few months, that a browser based version of the popular mobile instant messaging application, WhatsApp, would be launched. However, there was no hint about it from the company prior to the announcement on their blog.

WhatsApp Web is simply a mirroring service and users need to have a smartphone with the app installed on it, in order to use the web version. To login to the web client, users need to scan a QR code generated on WhatsApp Web using their smartphone. Scanning the QR code varies for each mobile OS.

As of now, users running the latest version of WhatsApp on Android, Windows Phone, BlackBerry and BlackBerry 10 can sign-in using the scanned QR code, while it has been revealed that iOS users will not able to use this feature due to certain limitations with Apple's platform.

The web version of WhatsApp can be accessed using this link.