Open-source operating systems have their ups and downs, but their main upside is that anyone with the know-how can sit down and modify things to fit their own liking. Looking at Linux as the main example, you have your big distributions like Ubuntu and Fedora and their strange little offspring, like Anonymous OS, which I reported on back in March.

Key Anonymous figureheads distanced themselves from this operating system, claiming the download to be packed with trojans and other nasty stuff you wouldn't choose to install on a computer. Now we have another operating system drawing inspiration from Anonymous and their 'hacktivism'. 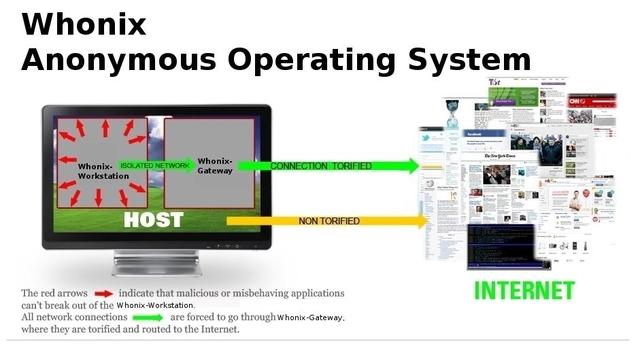 To give everyone involved credit, Whonix is a much more inventive name than Anonymous OS.

The idea of remaining anonymous online is still one some people are eagerly pursuing. Whonix employs Debian GNU/Linux, Tor, and VirtualBox with the end goal being to mask your IP address entirely. The OS isn't yet complete; the SourceForge page seems to indicate it's at v0.45, with some bugs needing ironed out.

If the idea of remaining anonymous online tickles your fancy, they also encourage you to contribute. The developers seem honest, admitting that there are downsides to Whonix when compared to a traditional operating system. The project was last updated four days ago, and the team have close to 2,000 downloads for their efforts.

Source: Whonix SourceForge
Thanks to developer 'adrelanos', who emailed me about this project!