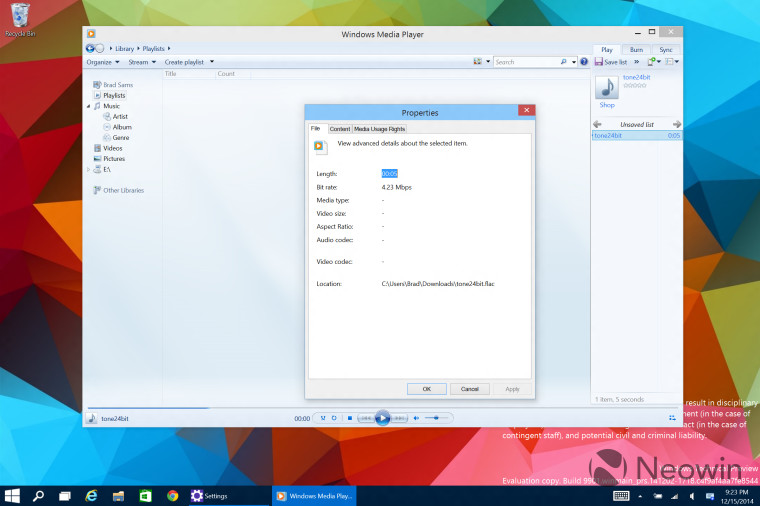 We knew it was coming and in the latest build of Windows 10 that leaked, FLAC support is now native to the OS. This shouldn't come as a major surprise as Microsoft already teased support for FLAC and now you can test it out for yourself.

Thanks for the tip Zlip792!