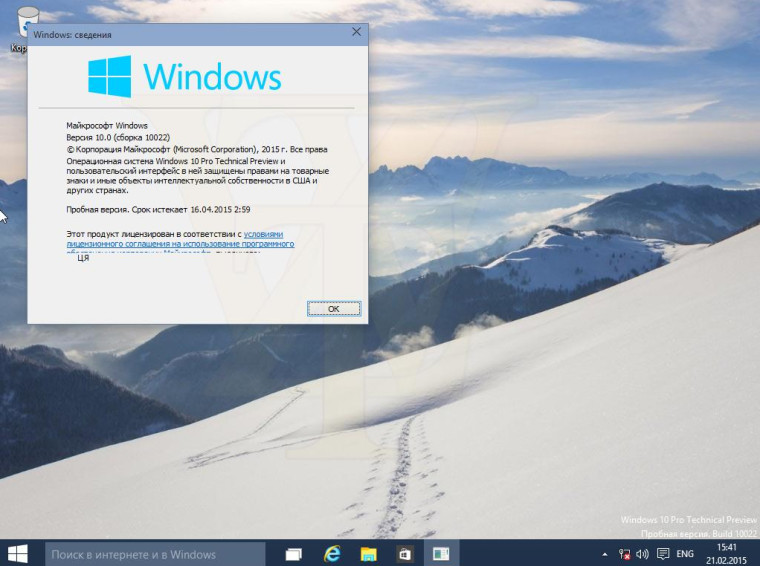 If you are a fan of watching Windows 10 build numbers progress, today is a good day as two leaks have occurred showing different build numbers along with different development channels. Earlier today we saw build 10014 show up from winmain_prs and now we have 10022 which is from the fbl_impressive branch.

This second leak is much more interesting as fbl_impressive is the branch where the next public technical preview will come from and seeing that the build has been leaked, this points to a build possibly showing up this week. Further, knowing that 10022 is now outside the walls of Redmond, if it is not pushed out, then there is still a good chance that it will leak.

Like the build that we saw earlier, there does not appear to be any new functionality being shown in these screenshots. As with the previous images, you can see the recycle bin in this image, although we suspect that this icon will change before Windows 10 hits RTM.

With a bit of luck, we will see a new build come out this week for Windows Insiders and if you have not already, make sure to check the hub in Windows 10 as Microsoft is giving away tickets to Mobile World Congress.