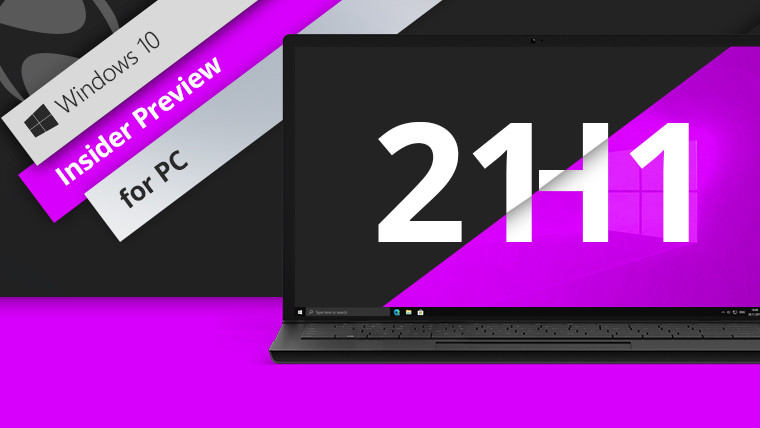 Yesterday, Windows Insiders in the Dev channel got another servicing pipeline update that didn't include anything new, something Microsoft has done fairly often. However, if you're in the Beta channel testing the upcoming 21H1 update, Microsoft later released a new update for those users too, bringing the build number to 19043.899.

Unlike the Dev channel release, the update for the Beta channel actually comes with a notable change: Edge Legacy has been removed from this build. Indeed, the old version of Microsoft's browser is now out of support, and we knew it wouldn't take long for it to be removed entirely, so that's exactly what's happening. Of course, you can always use the new Chromium-based Edge which is getting updates frequently.

Aside from that, this build includes a long list of fixes. Of course, there are no actual new features, as the Windows 10 21H1 update isn't expected to include anything major, but these fixes should help get things running more smoothly as we approach the official release of the 21H1 update. Here's the full list of changes:

As of right now, there's no clear release date for when we can expect the Windows 10 21H1 update to be available to the general public. Typically, these updates are released in the spring, either in April or May, so these fixes should help ensure people can safely install the update when it comes. The risk shouldn't be too big, though, considering the update barely includes anything new. If you'd like to test it yourself, you can follow our guide to join the Beta channel, or download the ISO Microsoft released last week.