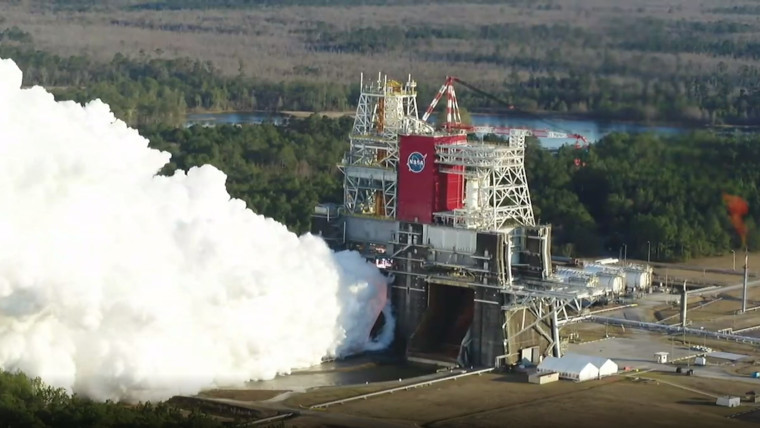 NASA has announced that its Space Launch System (SLS), a rocket designed to send astronauts to the Moon, will undergo its final Green Run series test this week on Thursday. The space agency said that the two-hour testing window will open at 3 p.m. EDT on March 18 and plans to begin streaming the event 30 minutes before the test on NASA Television, the agency’s website, and the NASA app.

In this eighth and final Green Run test, engineers will power up all of the core stage systems and fire the rocket’s four RS-25 engines to simulate the stage’s operation during launch. The engines will burn 700,000 gallons of supercold cryogenic propellant and generate 1.6 million pounds of thrust.

Two hours after the test, NASA will hold a briefing on NASA TV where it will be able to explain whether everything went smoothly and will answer media questions by phone. Once this test is complete, NASA will be assured that the core stage of the SLS rocket is ready for the Artemis missions to the Moon, marking a major milestone.

The core stage of the rocket is a very important part of the rocket; it includes a liquid hydrogen tank and liquid oxygen tank, four RS-25 engines, computers, electronics, and avionics, which NASA explains, acts as the brains of the SLS.

The Artemis I mission, which will use the SLS rocket, is planned for November this year. It is an uncrewed test flight and will be the first to integrate the Orion Multi-Purpose Crew Vehicle (MPCV) and the Space Launch System. This will then pave the way for two planned Artemis missions and a further six proposed missions - all of which will be crewed.