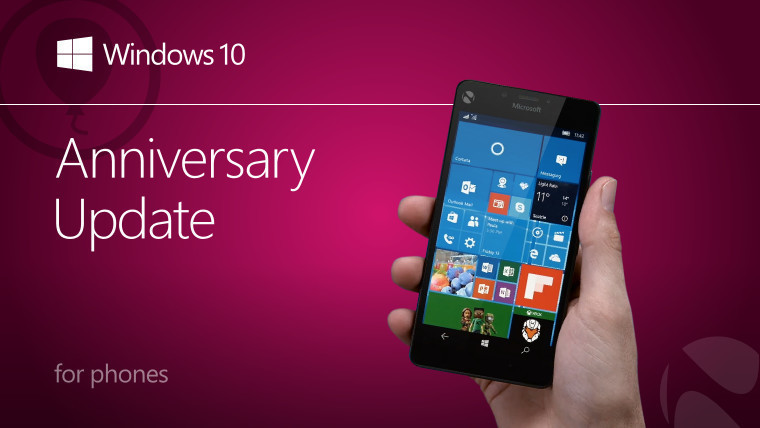 Last month, Microsoft rolled out Windows 10 build 14393.321 as its latest cumulative update for PCs and phones, which was followed just over a week later by Windows 10 Mobile Insider Preview build 14393.351 making its way to the Slow and Release Preview rings.

While that latter build made its way to non-Insider PCs on October 27, followed by the general release of build 14393.447 for PCs yesterday, Mobile users haven't had much love lately, except for those on the Fast ring, of course.

But while another build rolls out to the Fast ring today, Microsoft has now released a new cumulative update for Windows 10 Mobile users. Build 14393.448 is now available for non-Insiders (the 'Production' ring), as well as for Insiders on the Release Preview and Slow rings.

While PC users on the Slow ring have had builds from the Redstone 2 Development Branch - which will eventually become the Creators Update - for over a month, those on Windows 10 Mobile are still receiving Redstone 1 builds, adding further improvements to the Anniversary Update.

Microsoft's Update History page states that the changelog for Mobile build 14393.448 is the same as that for the PC release of 14393.447 - which you can find here - despite the PC changelog listing changes that clearly don't apply to Windows 10 Mobile devices, such as Internet Explorer 11 improvements.