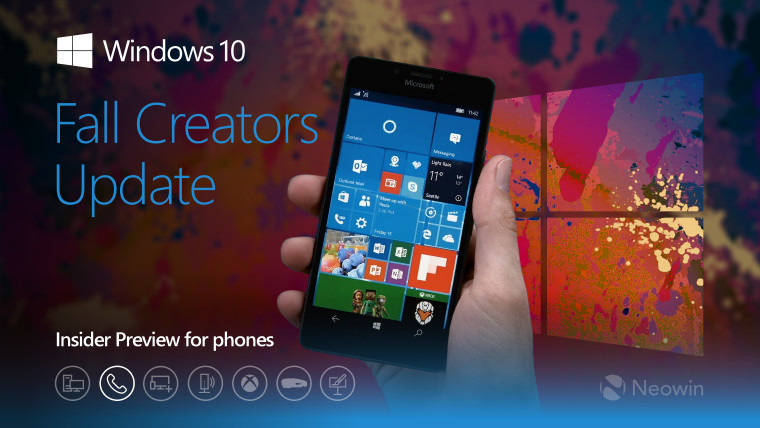 Windows 10 Mobile build 15252 will be a month old in four days, so it's been a while since Microsoft released a new build to Insiders. You'd be forgiven if you assumed that this might be the release candidate for the Fall Creators Update, but you'd be wrong.

Today, the company released build 15254.1 to both the Slow and Fast rings, saying that it includes all of the features from builds until this point, along with the fixes that were included in the KB4041676 update, or build 15063.674.

For once, the announcement actually said that this is a release candidate for the Windows 10 Mobile Fall Creators Update. Of course, this doesn't mean that this will definitely be the build of the OS that non-Insiders get, but that's the current plan.

It's also confirmation that this update will be called the Fall Creators Update on Windows 10 Mobile. There's been little reference to it in blog posts or announcements, and this is one of few, if any times that Microsoft has used the name in regards to phones.

Microsoft told Neowin that it does plan to release the update for Mobile within the same timeframe as it will for PCs, so expect this build to hit the Release Preview ring within the next few days.