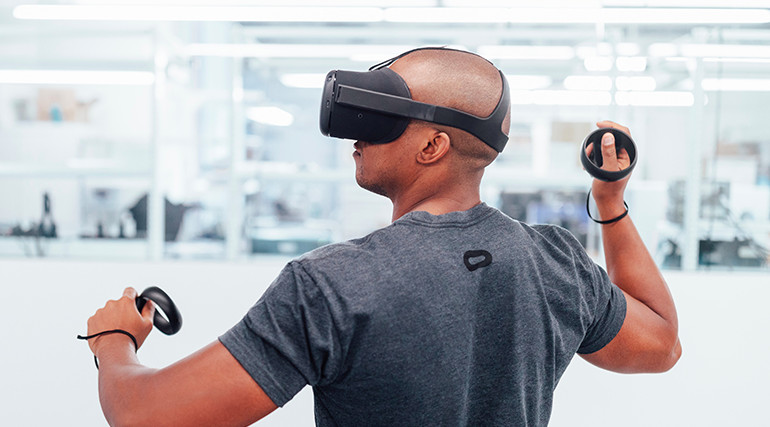 Earlier we reported on a stand-alone VR headset dubbed the Oculus Go that is scheduled to arrive to market sometime in 2018. While this a good first step into getting mobile VR as a standalone unit, it isn't the end-game for the firm, as it has been working on something a bit more ambitious.

While the Oculus Rift is a powerful machine, the problem lies in that the user is constantly tethered with cables to a PC, hindering the movement in an otherwise immersive experience. Last year, the firm gave those in attendance at its annual Oculus Connect event a glimpse of its stand-alone offering, albeit, at the time, it was still connected using a mobile computer as a backpack. A year later, Oculus has advanced the technology, without all the added cables or even a backpack.

Project Santa Cruz implements tracking technology found on the Rift and its Touch controllers. But instead of relying on external sensors, it gets its positioning by using sensors embedded within the headset, achieving﻿ inside-out tracking; by utilizing ultra-wide sensors, the team was also able to achieve tracking for a wider range of motion. Naturally, there is still much more work to be done until this becomes a consumer product in Oculus' lineup, but it is still a very exciting step.