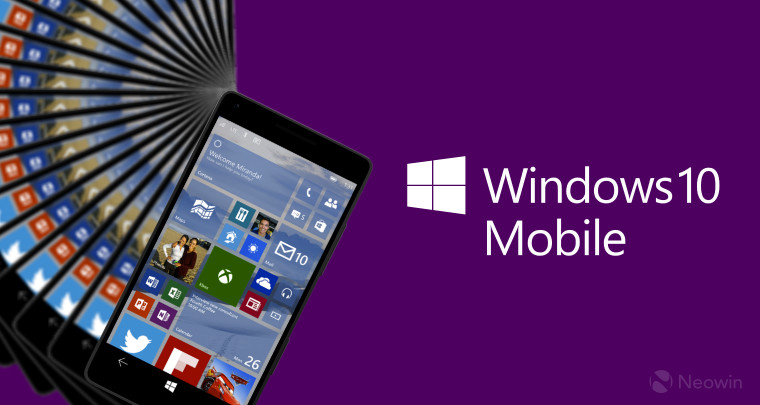 Windows 10 Mobile isn’t ready for the public just yet, but Microsoft is diligently working on its new operating system to make sure users have a good experience. And as part of that commitment the team behind the OS has now detailed how Windows 10 Mobile will handle location settings and privacy. 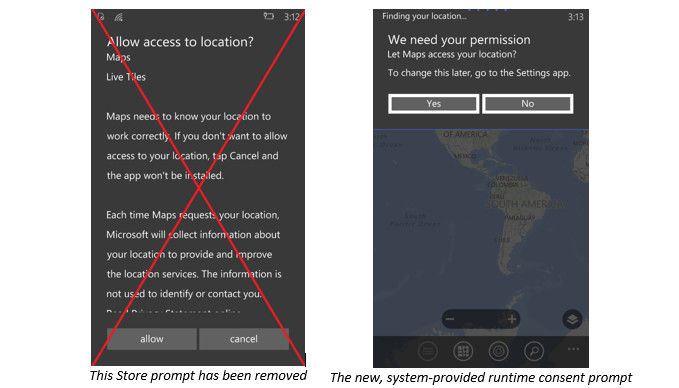 In a blog post destined for developers, the team working on the mobile operating system, has explained some of the differences between the way Windows Phone 8 and Windows 10 handle location information and the way users interact with that aspect. 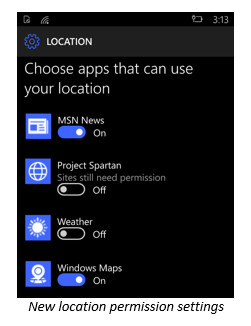 Unlike Windows Phone 8, the new Windows 10 Mobile OS will automatically handle some aspects of the permission prompts and give users a unified settings page where they can toggle each app’s options independently. This is different to the way the previous OS handled such data, which used to be the developer’s responsibility.

Luckily, Microsoft is now taking over a big part of that functionality, giving both devs and users an easier time. And speaking of users, they’ll no longer have to deal with location prompts when trying to download apps from the Store, making the whole experience much smoother.

If these additions sound like something that should’ve already been part of Windows Phone, we couldn’t agree more, but at least users will be getting the new features with Windows 10 Mobile.