Bush, a familiar consumer electronics company in the UK, has launched its first Windows 10 Mobile-powered smartphone called the Eluma, which is now available for purchase from Argos.

Little over an year ago, Bush launched a couple of low cost Windows devices, one being a Windows Phone 8.1-powered smartphone and the other a Windows 8.1 tablet. Now, the company has launched yet another entry level smartphone in the form of the Eluma which is retailing at £79.95 unlocked and sim-free. 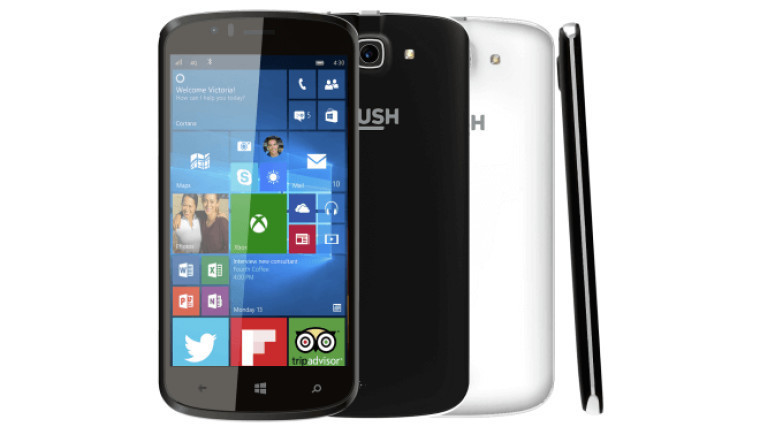 The device features low-end specifications which have pretty much become standard for devices in this price range. These specs include a 5-inch LCD screen with 720p HD resolution, 16 GB of internal storage which can be expanded up to 128 GB with a microSD card, dual sim card slots and 4G LTE connectivity. The device comes with a 8-megapixel rear and 5-megapixel front camera.

According to WinFuture.de (German), the Eluma is allegedly a rebranded version of the ARCHOS 50 Cesium with updated storage and camera. However, the device is said to be powered by the same Qualcomm Snapdragon 210 processor clocked at 1.1 GHz as the Cesium, and features 1 GB of RAM.

The Bush Eluma is available exclusively from Argos in the UK and comes with a free white back cover, a clear protective cover and a screen protector.