Cast your mind back to March, and you may recall the first rumblings of a plan by Microsoft to allow Android device owners to install Windows 10 Mobile on their handsets. It teamed up with Xiaomi for its first efforts, to develop a ROM that could be flashed on to the Chinese company's high-end Mi 4 Android device.

The first beta was made available to testers this summer, and last month, it emerged that the end-product was finally close to a wider release. 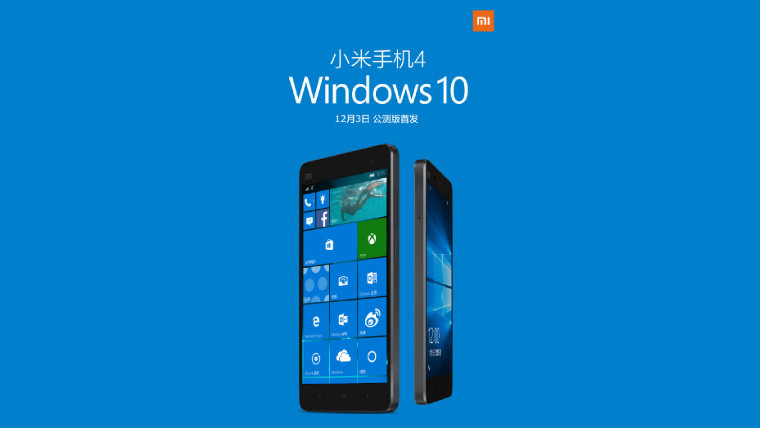 And now, as Windows Central reports, it looks like the day of that release is now very close indeed. An image posted on Weibo by Xiaomi co-founder Bin Lin indicates that the Windows 10 Mobile ROM for the Mi 4 will be released on December 3.

Owners of the Mi 4 LTE model should then be able to download the ROM and install it on to their devices. Little more is known about the release at this stage - but at least we won't have to wait too long to find out more.