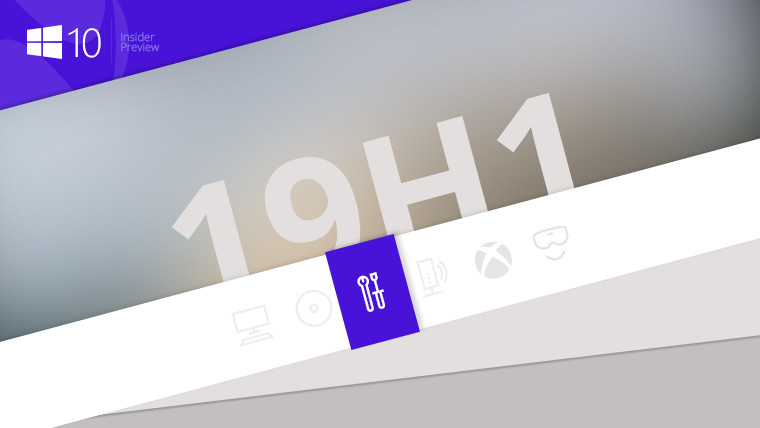 It's another week, which means it's time for a new Windows 10 SDK Preview build, this time with number 18361. Interestingly, the new build doesn't align with the Windows 10 build that's currently available in both Fast and Slow rings of the Insider program, which is 18362, though it does match the first of the two Fast ring builds released last week. Presumably, if Microsoft doesn't push another new Windows 10 build this week, we should get a newer version of the SDK to line up with build 18362, which is considered a release candidate for Windows 10 version 1903.

You probably won't be surprised to hear that this new build brings no significant changes, with the official changelog mentioning the same things we've been seeing for weeks. These include a new blend mode for the effect graph of AcrylicBrush, and more recently, Microsoft dropped the IAppxPackageReader2 interface from appxpackaging.h, so you'll have to use IAppxPackageReader.

Also as usual, this build can be used alongside other versions of the Windows 10 SDK in a production environment, but your compiled apps in the Microsoft Store can only target version 1809 or earlier of Windows 10. Additionally, the Windows 10 SDK Preview builds only work on Visual Studio 2017 or higher.

You can download the latest preview version of the Windows 10 SDK from the respective Windows Insider page. You can also download the corresponding builds of the Assessment and Deployment Kit (ADK), Windows Driver Kit (WDK), and Hardware Lab Kit (HLK).