Back in December, Microsoft and Qualcomm announced details of a collaboration to bring the full version of Windows 10 to devices with next-generation ARM-based processors, including support for desktop-class x86 apps through emulation.

This immediately fuelled speculation about Microsoft's much-rumored 'Surface phone', and the prospect of a new class of powerful mobile handsets that can turn into capable PCs when docked with an external monitor. Along with reports about how Microsoft is overhauling Windows 10 with a single 'adaptive shell' that can scale the OS for any type of device on which it runs, the potential for future Windows devices certainly seems exciting.

So far, there's been little discussion about what other manufacturers might do with these new hardware and software capabilities. Today, we have our first glimpse of one possibility, thanks to the mysterious WalkingCat (@h0x0d), who spotted a crowdfunding campaign on Indiegogo with ambitious plans to launch one such device early next year.

Khiron-Sigma (K∑) describes itself as "a start-up based in London, England, Founded by an X Microsoft Employee" [sic]. The company says it has "developed a vision which has been a culmination of two decades of PC fanboy-dom and working within the hi-tech industries."

Its primary vision in launching the Indiegogo campaign is to raise enough money to fund development of a new ultra-mobile PC (UMPC), which will be released in two versions. The KS-PROID is promised with "a clean version" of Android 7.x Nougat, while the KS-PRO will be the Windows 10 version.

The new device promises an impressive range of specs, including: 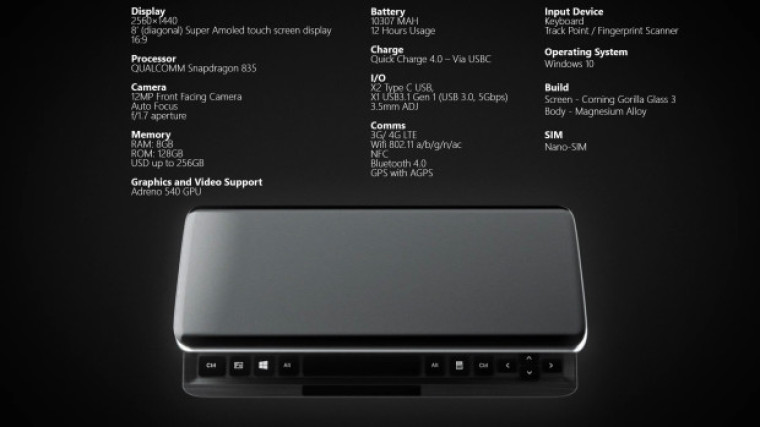 K∑ hints at the device being "powerful enough to run applications like Photoshop flawlessly without any code change" - an implicit reference, perhaps, to Microsoft's demo of Photoshop running on a Snapdragon 820 processor last year, using its new Windows 10 on ARM emulation capabilities.

The proposed device has been extensively detailed - and its specs appear credible - but not all of those details are consistent; the display size, for example, is listed in one place as 8-inch, but shown in another image as being 8.2 inches. 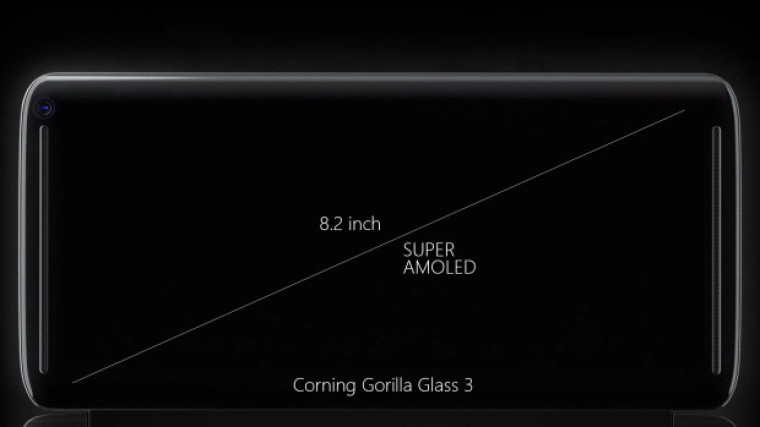 It's worth bearing in mind that, over the years, we've seen countless start-ups attempt to launch new devices through crowdfunding campaigns, and only a handful of them have succeeded. K∑ says that it has "experience bringing products to market as well as being fully aware of the struggles of getting a product manufactured". It adds:

To assure the success of this campaign we are leading with our flagship product which will be one unit, one colour and one spec.

Keeping this simple will allow us to build a quality product and get it in to the hands of the buyer quicker. 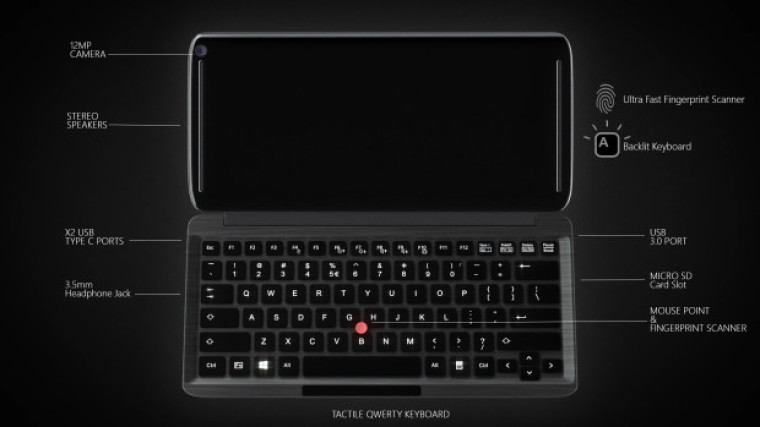 Even so, there is a touch of familiar hype in the campaign's proposal, describing the device as "revolutionary", and stating that "there has not been a UMPC like it before". K∑ also says that it already has a roadmap for expansion, leading to a family of devices, including a specialized model for education, a "full featured UMPC for emerging markets", and a variant "optimised for Steam/PC Gaming".

However, the company assures potential buyers that it won't push ahead with those additional efforts until they are "fulfilling orders", adding that if they fall short of their $300,000 crowdfunding target, "a full refund will be issued and we will learn from the experience and try again". 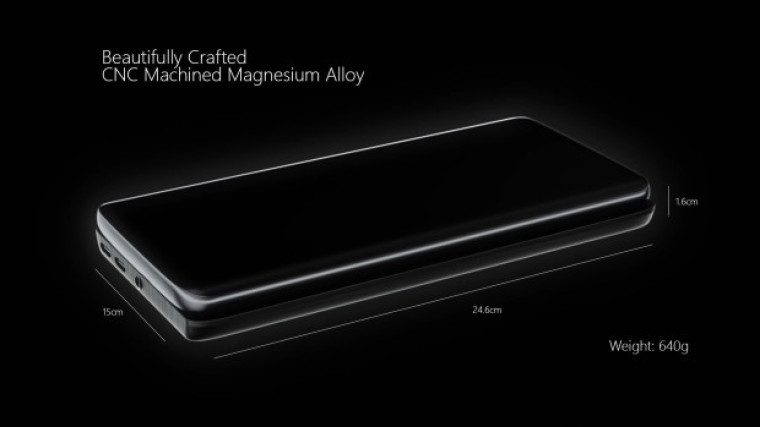 The Android-powered KS-PROID is intended to launch in Q4 2017, with backers able to purchase the device for $450 USD. The KS-PRO edition with Windows 10 is scheduled to launch later, at CES 2018; early backers are being offered the device for $600, with the first 500 units including a free "case with inbuilt battery which double the time to 20 hours". This is another minor inconsistency in the details provided, as elsewhere, the standard battery time is stated as 12 hours.

Khiron-Sigma has also published a teaser video of the new device, which you can see below: