So far there have been a huge number of Windows 8 RTM-related leaks before everything hits official channels next week. First we saw Windows 8 Enterprise N leaked, then four more RTM ISOs and then methods to activate the leaked copies started appearing. Now we are seeing a number of language packs leaked for the Windows 8 RTM, both standard (client) and server editions, in ISO form.

Over at WinUnleaked a user has mentioned that two separate language pack ISOs have leaked, and also left us with a screenshot of what is inside said ISOs. After some digging we found the packs were leaked by PCBeta, complete with active download links which naturally we aren't going to share. 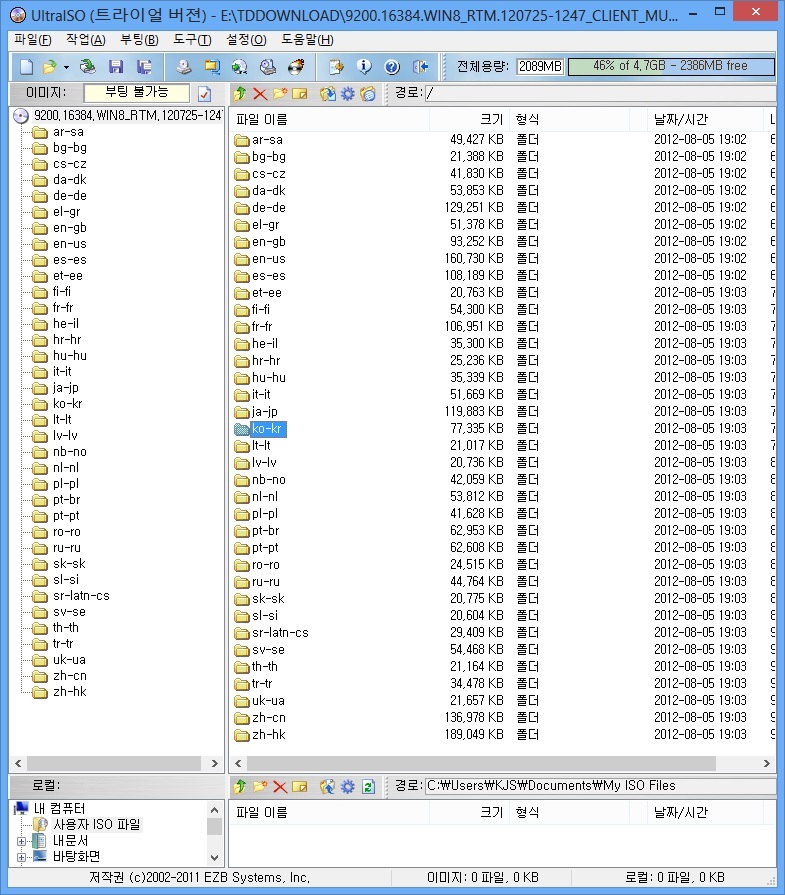 Windows 8 will be made available on August 15th for MSDN and TechNet subscribers, and on October 26th for retail purchase. Although pricing has yet to be confirmed, a rumor suggests that Windows 8 Pro could be made available for around $70 dollars, or at the confirmed $39.95 upgrade time-limited offer.