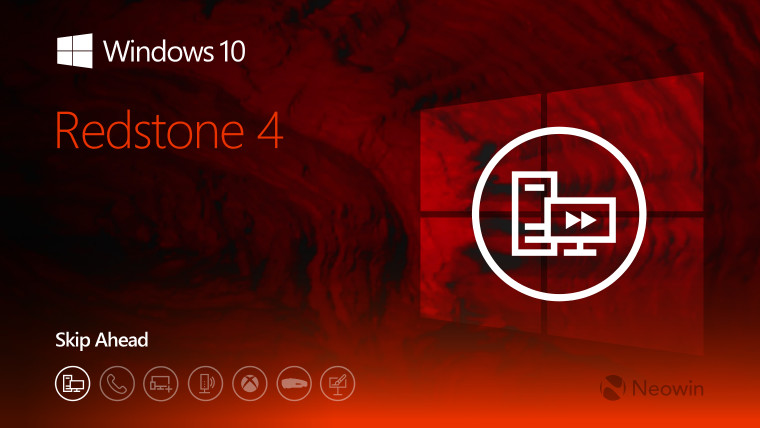 Last week, Microsoft announced a new option for Windows Insiders in the Fast ring, enabling them to 'Skip Ahead' from the latest wave of builds, to those from the next Windows 10 development branch.

Microsoft is currently working with Insiders to finalize its Windows 10 Fall Creators Update, developed under the codename 'Redstone 3', which is expected to begin rolling out in September. By choosing to Skip Ahead, it said that Insiders would be able to get the earliest builds from the Redstone 4 branch, which will eventually become the first major Windows 10 update of 2018.

Microsoft made it clear that it would allow only a limited number of Insiders to Skip Ahead, and it seems that it's now reached that limit. As Windows Central spotted, while the option still appears in the Windows Insider Program settings, the ability to sign up is no longer available. Instead, Insiders are now presented with this information:

Skip Ahead is now closed. If you select this option going forward, you will have your Windows Insider Program settings reverted.

Those who have already enrolled in the Skip Ahead ring will still get the earliest Redstone 4 builds, unless they decide to drop down to the Fast, Slow or Release Preview rings instead.

Once the Fall Creators Update is complete, Microsoft will begin pushing Redstone 4 preview builds to all Insiders in the Fast ring, but that's unlikely to happen for at least the next few weeks.