In a post in the Feedback Hub today, Microsoft announced 'Skip Ahead', the ability for Fast ring Insiders to opt into the next development branch of Windows 10, which will eventually be Redstone 4. Previously, Insiders had to wait until a feature update was released before moving on to the next one. 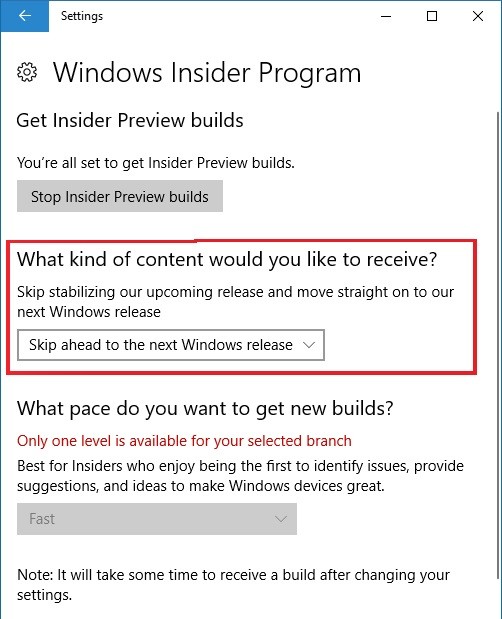 Insiders will see this change beginning today under their Windows Insider Program settings.

You might recall that last month, Microsoft put app updates on hold for the Fast and Slow rings in an effort to test out the production versions. At first, the big change if you choose to skip ahead is that you'll once again see app updates (which are still on hold in the Fast ring). Later, you'll see a bump in build numbers which would be the RS4 branch.

Of course, Dona Sarkar warns that once you see that jump in build numbers, you'll need to reinstall Windows just to go back to standard Fast ring builds, which are from the RS3_RELEASE branch, as those that choose to skip ahead will be back on RS_PRERELEASE.

Indeed, Fast ring Insiders will finally have the opportunity to choose between two different development branches of Windows 10. Obviously, the builds will be less stable, but it's certainly something that Fast ring Insiders are used to.