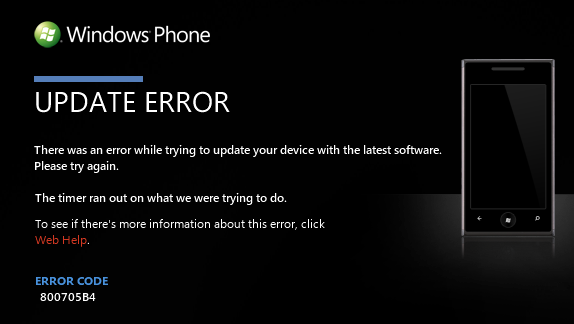 With the “Nodo” WP7 update fiasco finally reaching its unceremonious and unhappy conclusion, it’s hard to be optimistic about Microsoft’s stake in the smartphone market. The expectation was that after a few months of intense marketing and time for users to get used to the differences and advantages that WP7 brings to the table, sales would steadily increase to make WP7 the third major player in the mobile world. It shouldn’t necessarily be called “Nodo –gate,” but the PR nightmare that this update has become is not going to bode well for phone sales. This comes after Microsoft market share already dropped 1.7% in three months from October 2010 to January 2011, according to Comscore. 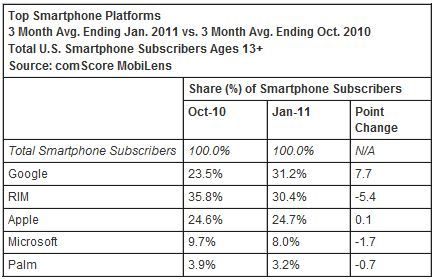 Watching Microsoft flounder about on the release of the first update to its preeminent mobile software is an uncomfortable experience. WP7 is do-or-die for the company that had been attempting to beat out Android and iOS with a significantly subpar Windows Mobile 6.5 OS. It’s do-or-die, and it’s late. Microsoft entered the market when Google and Apple already had entrenched user bases and established carrier agreements and sales figures. If you’re going to risk your whole mobile strategy on a late to the market OS, it has to be good the first time, and if you need to issue an update, it better be as smooth as butter. First adopters don’t have a lot of patience when there are other, sometimes arguably better options in the iOS and Android world. At least with Android, it’s no secret that your carrier update is going to take a long time. Consumers have taken this with a grain of salt to begin with, and Google doesn’t keep this strategy a secret. Fragmentation issues have plagued them from the beginning, and this is but a symptom. Microsoft, on the other hand, went out of their way to make sure that every handset shipping with WP7 has very specific hardware requirements and configurations. Issuing WP7 OS updates should not take this long, or be this awkwardly implemented.

Microsoft should be taking cues from its highly successful console gaming segment. From a purely comparative standpoint, Microsoft’s Xbox 360 would stand no chance against Sony’s PS3 and Nintendo’s Wii if it was released today. Sony has better hardware, free online services, and a catalog that leans heavily towards the long time and hard core gamer. Wii has the family friendly library, the intuitive and innovative (at the time) controller, and a great marketing department. Xbox 360 had astonishingly high hardware failures, a premium online service, sub-par and non-exclusive launch game catalog, was loud and bulky, you had to pay way too much for a wireless adapter, and in general wouldn’t be able to compete with the competition with its launch issues. However, Microsoft has one thing going for them that Sony and Nintendo do not. They came out early, they came out strong, and they continuously improve their services with regular and smooth updates. While it wasn’t a perfect console by any means, Microsoft was ready when Sony and Nintendo came a-knocking. It lost market share, as the two competing consoles are valid contenders in their own right, but Microsoft was able to sustain a significant market share throughout. Add to the mix the wildly successful and record breaking Kinect platform and you’ve got one of the greatest Microsoft success stories since Windows was unleashed on the unsuspecting public.

If Microsoft was suffering this bumpy road two years ago, the stakes wouldn’t be as high. We could brush it off as a new technology with all the trials and tribulations that innovation inevitably drags along with it. However, Microsoft has no time for this now. They can’t afford to be this late to the party, and then fumble around for an excuse as to why their beer isn’t cold.

Microsoft’s deal with Nokia might be its saving grace. The immediately increased hardware base could give Microsoft the needed momentum to get past the growing pains that the Nodo update has shown us the reality of. On the other hand, if Microsoft inherits a huge entity like the Symbian OS, and is still plagued by the hurdles it is still trying the get over, it may only make things worse. WP7 has been critically acclaimed for its streamlined UI and user-friendly feature set, but quality isn’t the only factor in successful sales push. Microsoft needs to get their act back together of they hope to ultimately be successful again in the mobile world.