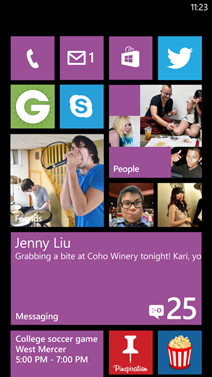 Earlier this week, Nokia announced that it has begun the process of updating its Lumia 610, 710, 800 and 900 smartphones to the new Windows Phone 7.8 OS. Today, Microsoft added the official patch notes for Windows Phone 7.8 on its Update History page.

The page shows that the actual version number for the update is 7.10.8858.136, but Microsoft calls it Windows Phone 7.8 for short. The specific patch notes are:

The update has just started to be put in place on various wireless carriers so it may be some time before your device gets the software; Nokia's new Lumia 510 smartphone will already have Windows Phone 7.8 installed out of the box. Samsung has indicated that all of its Windows Phone 7 devices will also get the 7.8 upgrade.