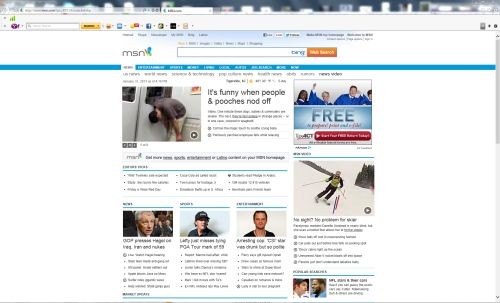 In November, Microsoft released a "preview version" of Internet Explorer 10 for Windows 7 to the general public, but there's been no official word from Microsoft on when the final version of IE10 for Windows 7 would be released. Late Wednesday, Microsoft launched a new program that could be a clue that the company is very close to an official IE10 Windows 7 release.

The official IE blog has announced Microsoft now has the IE10 Automatic Update Blocker Toolkit available to download. The program has been set up so that businesses can block downloads of IE10, if Windows 7 is set up to use Automatic Update and if they feel they are not yet ready to upgrade to older versions of Internet Explorer on their network. The toolkit does not block manual downloads of IE10.

This Toolkit has no expiration date and is configured either by running the registry file on the client machine or by deploying Group Policy in domain joined environments. The toolkit also provides an unblock procedure that allows IE10 to be installed through Automatic Update.

People who install the already released IE10 Release Preview for Windows 7 will not have automatic downloads for the browser blocked by the toolkit. The fact that Microsoft has released this toolkit is a likely sign that the launch of the final, non-preview, version of IE10 for Windows 7 is close at hand.