It’s that time of the month again when we take a look at the AdDuplex report and check-in on the Windows Phone ecosystem. AdDuplex is an ad exchange platform present on thousands of applications in the Windows Phone Store so it can give us a nice snapshot of how Microsoft’s platform is doing.

There aren’t any big surprises this month but we do see a continuation of the trends that have dictated the recent past the Windows Phone OS and its devices. 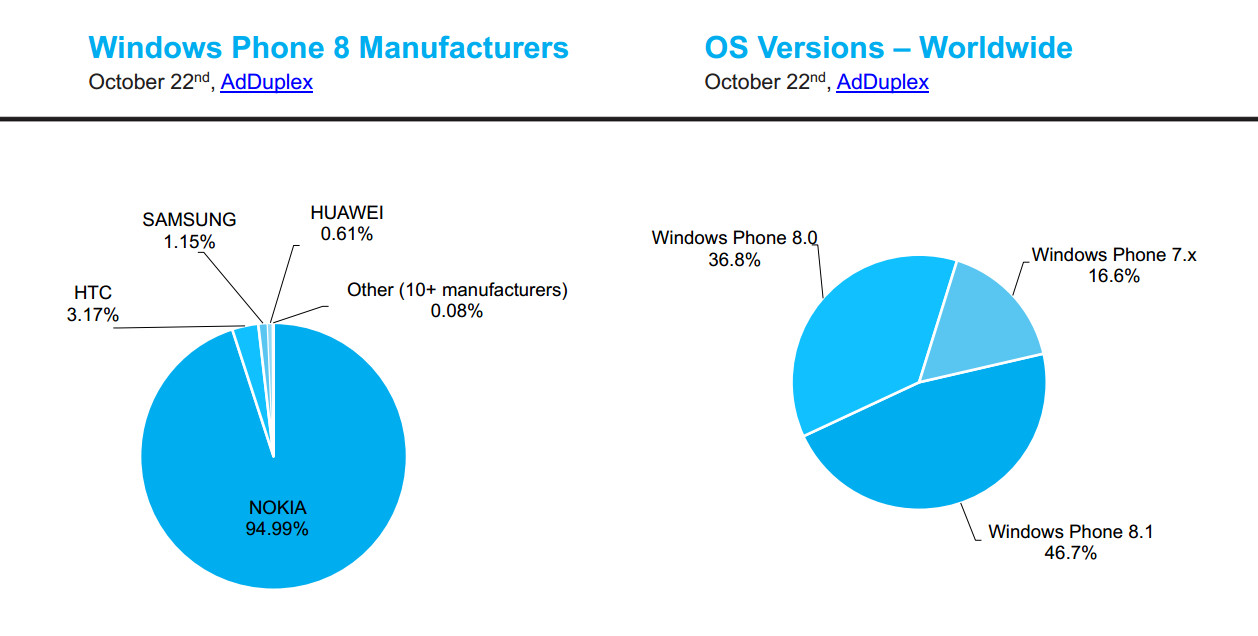 First up we can see that Windows Phone 8.1 has finally overtaken all other versions of the OS and is now present on almost 47% of devices. We can obviously expect this number to continue to grow as updates become available worldwide.

Secondly, taking a look at device manufacturers we won’t be surprised to note that Microsoft is still ruling over everyone else with almost 95% of devices belonging to them. The good news is that other manufacturers are gaining ground at a decent rate. 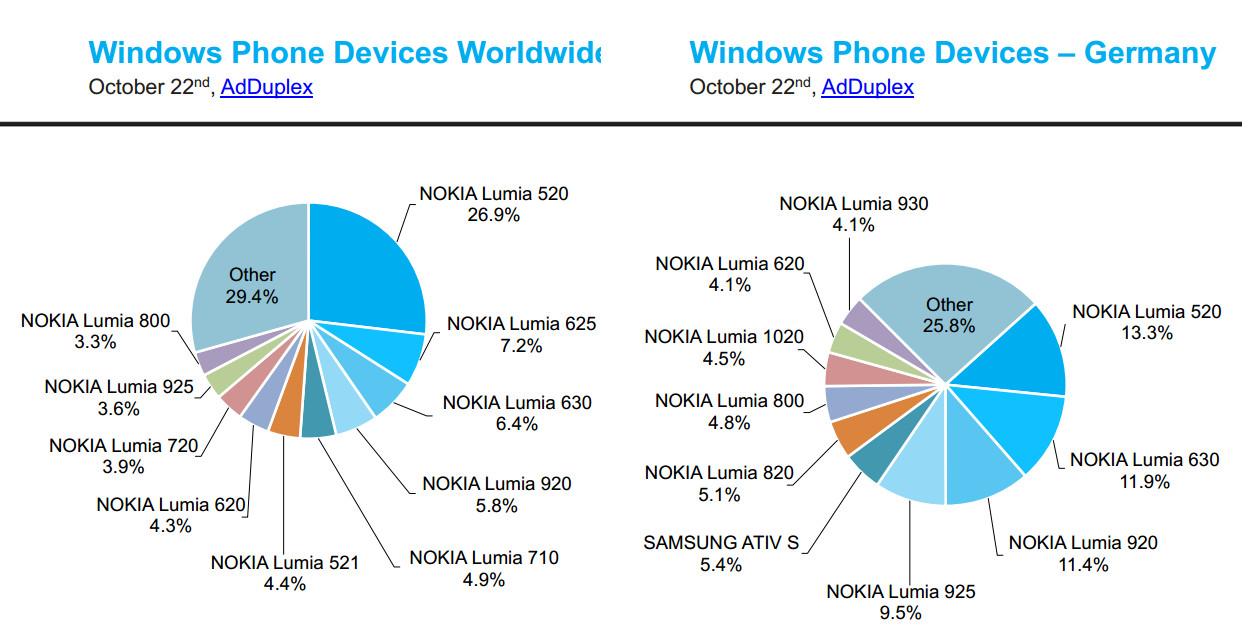 Right now small and new OEMs that have recently partnered with Microsoft only account for 0.08% of the market and while that’s a tiny piece of a small pie it’s still more than double than what it was last month. If this growth rate continues it won’t be that long before these OEMs start accounting for serious marketshare.

Finally we can take a look at the devices themselves. Again we see the recent trends going forward with the new low-end devices, especially the Lumia 63x handsets winning the market over. 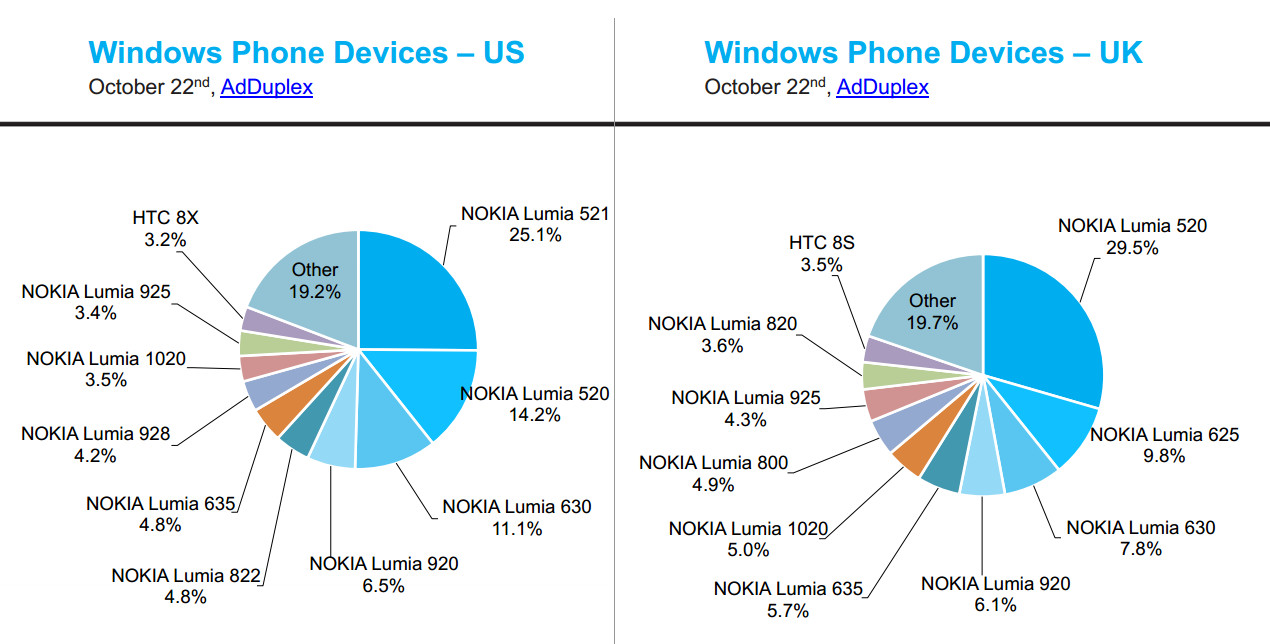 Worldwide the Lumia 630 is now in third place with 6.4% marketshare, while in the US its 635 cousin just took over the 6th position on the chart with 4.8%. Finally the UK, which has proven itself a decent market for Windows Phone penetration, both handsets counted together would take the second spot on the list with 13.5 percentage points.

This is just more evidence that Windows Phone works well for the low-end and that’s where it is winning. However, Microsoft and OEMs must do more – a whole lot more - if they want to come out on top during this holiday season.

You can read the whole report on the AdDuplex Blog tomorrow.