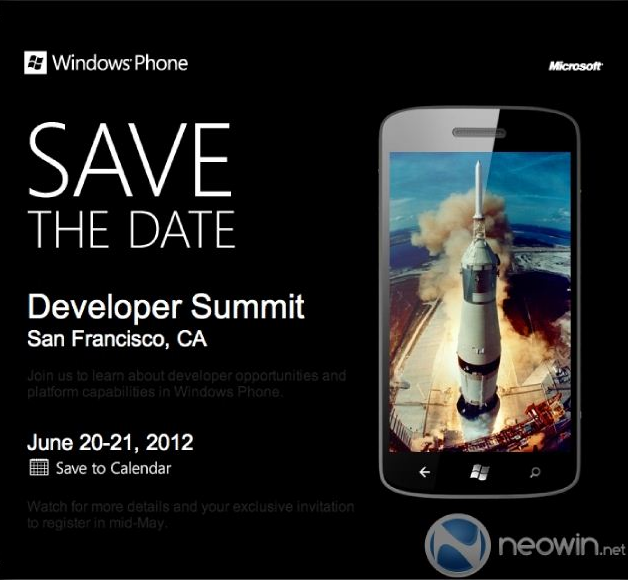 The month of June is turning out to be a ridiculously busy one with WWDC, Google I/O, Microsoft’s TechEd, Windows Phone developer conference, E3... and there's probably something else that we are missing too.

One of the key platforms that we have been waiting to hear more about - but which has also has been leaked about quite heavily - is Windows Phone Apollo, better known as Windows Phone 8. The leak of information started way back in early February when an internal corporate video starring Joe Belfiore was leaked and a boatload of details about the new platform were revealed, which you can read about here in case you forgot them.

Since then, Mary-Jo Foley has heard from one of her contacts that developer information would be revealed in June and we have now heard that more than dev info, but Apollo in its entirety will be shown off in June.

This is not an earth-shattering bit of information considering the past leaks we have seen; the writing has been on the wall and the blogs for some time. We thought it would be appropriate to remind everyone to help build some hype that Microsoft is bringing some big information in June - but then again, so is everyone else.