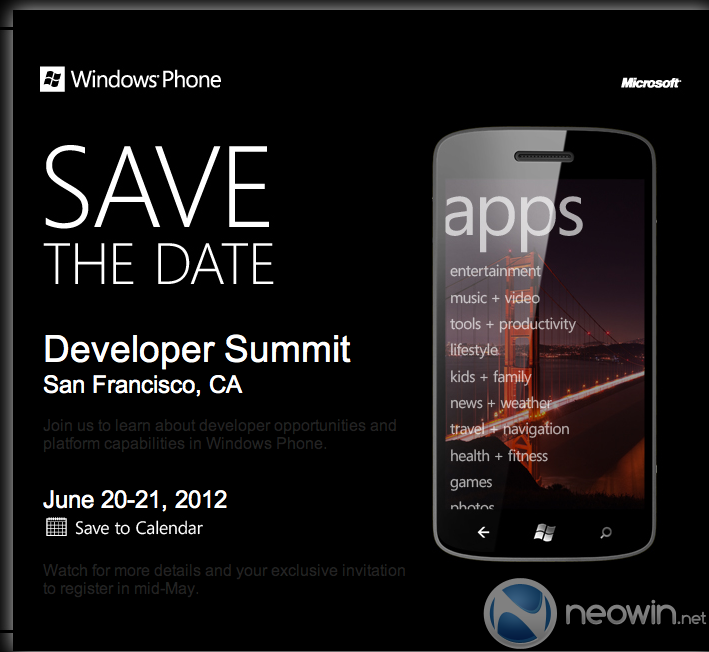 Microsoft is holding a developer’s summit in late June in San Francisco. While Microsoft does not specifically say what the event will be for, we can speculate that it could be to show off the next major update to Windows Phone, Apollo.

While it is speculation that it will be for Apollo, why would Microsoft hold an event this June for Mango products? Little else is known about the upcoming summit but it looks like Microsoft is gearing up to show off some updates to the platform. This event follows a busy month of June for Microsoft as this even follows E3 and TechEd North America, both of which could be venues for major Microsoft announcements.

June is not that far away and if you are a Windows Phone fan, it is time to get excited as Microsoft will hopefully be unveiling a boatload of new features for all of us to enjoy.

Again, Apollo in June is speculation, not a confirmation from us.