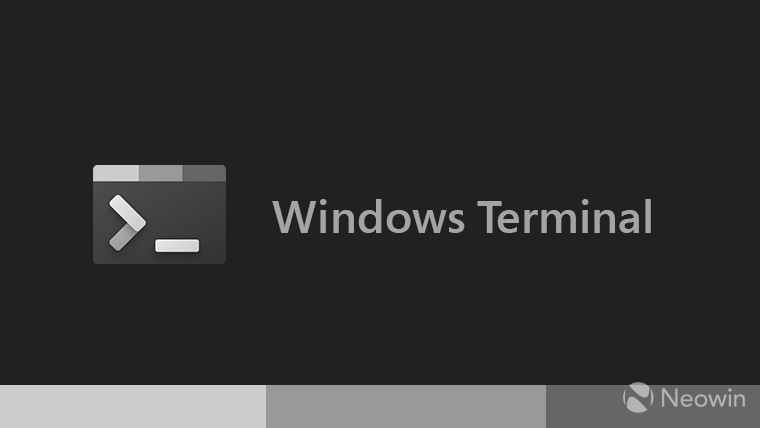 The first of the changes heading to Windows Terminal Preview is the addition of an acrylic effect for the terminal’s title bar, which can be enabled from the Appearance setting or by using "useAcrylicInTabRow": true as the global setting in the settings.json file. This brings a modern look to the offering, bringing a Windows 11-like effect. In addition to the visual effects, the firm is adding the ability to optionally minimize the terminal to the system tray, thanks to the addition of two new Boolean settings, with minimizeToTray sending the app to the notification area and alwaysShowTrayIcon allowing for the tray icon to be always visible despite the minimizeToTray setting.

Intense text is also getting new styles that allow users to render intense text in both bold and bright, only bold, only bright, or no style. The setting resides in the settings UI on the Profile Appearance page, or can be set via “intenseTextStyle”. Speaking of text, the font object now accepts OpenType features and design-variation axes in the settings.json file. You can check out the documentation linked by the firm, including the list of tags here for features and here for axes.

The Preview version is also bringing changes to the behavior of the terminal when it is launched through the default terminal setting, with the offering now obeying the contents of the “Defaults” section in Settings and launching with no profile instead of the default profile. It also adheres to the pre-set windowingBehavior setting.

Another nifty addition is the ability to drag and drop a directory into the ‘+’ button. While it defaults to opening a new tab, Users can hold ‘Alt’ to open the path in a new pane or the ‘Shift’ key for a new window. The pane itself is being improved with a bunch of new features. The "movePane" and "swapPane" actions allow moving a pane across tabs or swapping them within tabs, respectively. A new Split Tab feature accessed via right-clicking on the tab allows users to split an active profile into a new pane.

Lastly, the Settings Ui is receiving a few updates. These include new appearance settings for unfocused profiles and the ability to type in just the key chords when adding keys to users’ actions.

And here is the list of the bug fixes being made in the Preview version released today:

As usual, users can download the latest Windows Terminal Preview from the Microsoft Store or from GitHub. The GitHub listing includes a more detailed rundown of the bug fixes, for those interested. Those that have installed the offering from the Store will automatically receive the update.