If there is one thing I missed from Windows 7 in Windows 8 and 8.1 it was Microsoft Gadgets. Gadgets were introduced with Windows Vista and then dropped in 2012 altogether because of security vulnerabilities: authors of Gadgets were able to remotely execute malicious code on the system if a third party Gadget was installed. Ever since then nothing has come along to replace it, and it's not as if people don't want it either.

If you're fine with downloading an unsupported executable that restores gadgets on any version of Windows after Vista (including Windows 10) then this is still possible, but it leaves me wondering why Microsoft has not taken the opportunity to mix the desktop with those wonderful Live Tiles and allow us to pin them anywhere? It seems to me like a roundabout way to have to activate the Start Screen, or Start Menu in Windows 10, wait for the Live Tile to update and then get the info I want without opening the app. 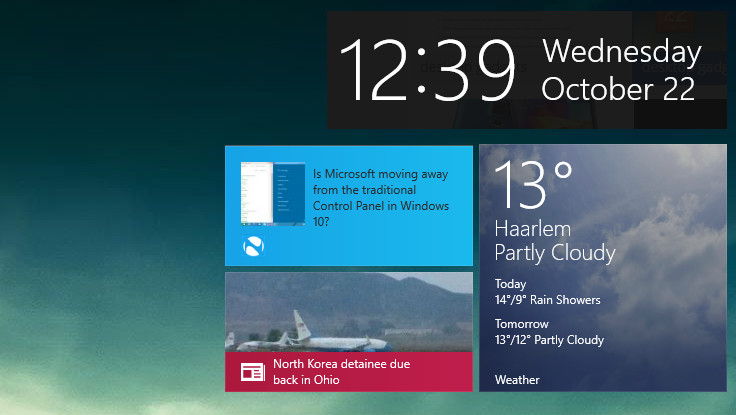 What could be, if enough people wanted it.

With people now more than ever on multi-screen setups, there's more than enough real estate for the pinning of those Live Tiles if we choose to do so. Microsoft has already taken steps to add them in a Start menu, why not go the full whack and also allow power users to pin them on the desktop too?

It also opens up the possibility for developers to recreate some of those handy applications from yesteryear, like a CPU meter and RAM usage. There is also the opportunity for others like news tickers, which I've included above in a mockup.

Maybe it's all wishful thinking, but as we've seen, the desktop is not going anywhere soon, so why not make the steps necessary to improve it further?