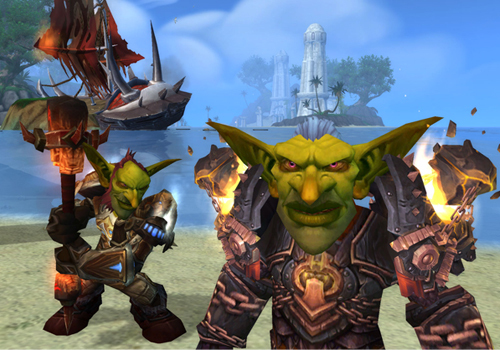 Blizzard announced on Monday the release date for World of Warcraft’s third expansion – 7 December. After fans of the game were speculating the release date and rumours being passed around that it was planned for December, Blizzard stepped in to confirm the truth.

As Cataclysm is an expansion, the player must have an up to date version of WoW, including the two previous expansions, Wrath of the Lich King and The Burning Crusade.

Cataclysm offers a higher level cap, with it being raised to 85 from 80 and according to BBC Technology “overhaul some of the basic mechanics of the game and give players a chance to make their characters even more powerful.” Additionally two new playable classes have been introduced – Goblin and Worgen which is surely going to add an enhanced user experience.

Mike Morhaime, CEO and cofounder of Blizzard Entertainment said in the press release "Cataclysm includes the best content we've ever created for World of Warcraft. It's not just an expansion, but a re-creation of much of the original Azeroth, complete with epic new high-level adventures for current players and a redesigned leveling experience for those just starting out," which he then followed by saying "With the help of our beta testers, we're putting on the final polish, and we look forward to welcoming gamers around the world to enjoy it in just a couple of months."

Beta testing for World of Warcraft: Cataclysm has already begun. To have a chance of participating in the testing visit Blizzards official website and sign up. To learn more about Cataclysm and the benefits it brings visit https://www.worldofwarcraft.com/cataclysm