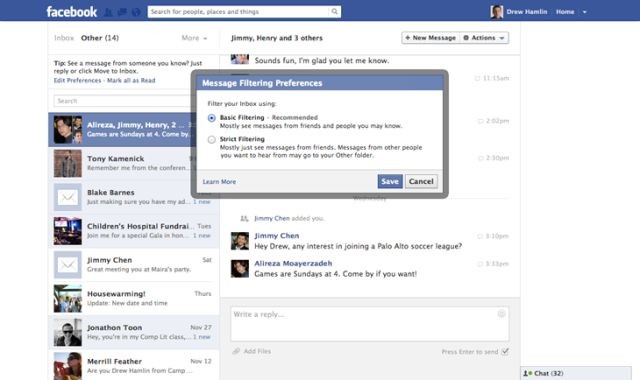 Facebook seems to be trying to find new ways to get some extra revenue from its over one billion worldwide active users. Earlier this week, rumors hit the Internet that claimed Facebook would start to run video ads inside a person's News Feed sometime in 2013.

While Facebook has not officially announced such plans, today it did announce that it is starting what it calls an experiment to see if its users will pay to send certain messages to other Facebook subscribers. In a news post that revealed some updates to its Messaging features, Facebook said that it will give some users a way to pay money to send a message to a Facebook user that is not listed as being a friend.

This test is designed to address situations where neither social nor algorithmic signals are sufficient. For example, if you want to send a message to someone you heard speak at an event but are not friends with, or if you want to message someone about a job opportunity, you can use this feature to reach their Inbox. For the receiver, this test allows them to hear from people who have an important message to send them.

While Facebook did not mention the specific charge for these kinds of messages, CNet reports that it will cost $1 per message to a non-friend.