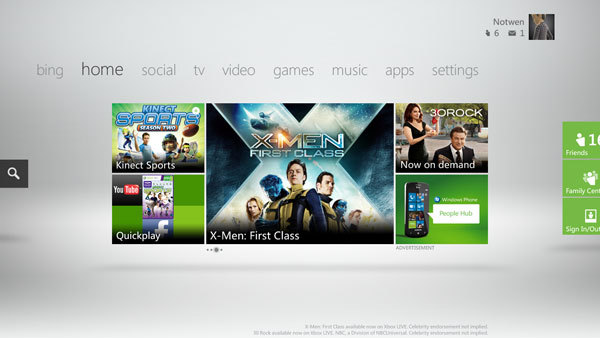 We knew it was on the way, and now it's official. The Xbox Live Fall preview program is available for users who previously signed up, at least to add their registration keys to their 360 consoles to download the update.

The program requires users to enter a 25 character key to redeem the update, and the users are under non-disclosure until a later date. It also appears that the key will work on up to three Xbox 360 consoles, allowing them to further test the new dashboard. 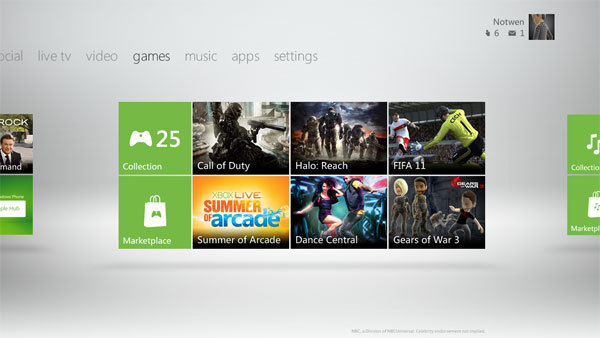 The Fall Update for Xbox360 brings a large amount of new features to the platform that have been long awaited, such as Bing Search, Voice Support and the "Metro" design we've seen across most of Microsoft's properties over the last year, bringing it in line with the company strategy. 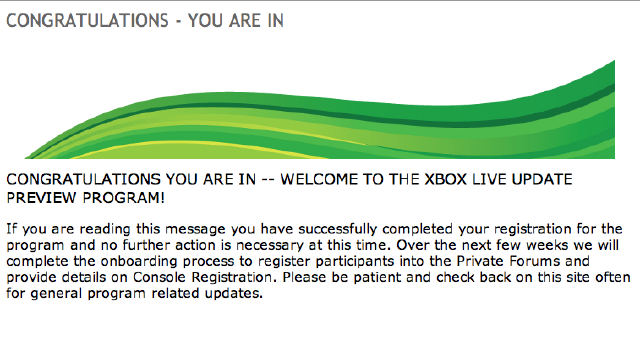 According to the update page, users won't actually see the update for 3-5 days after entering their codes, and the program will be an ongoing one. It appears the update should be released for all at the end of the program, which is expected to last "about three months." This means we probably won't see it before Christmas, but hey, we can wish right?

Update: ​Users might even see the update sooner than we thought! After entering their code, users are being presented with this screen: ​Image Credit: (Dashboard) Engadget. Massive thanks to our Anonymous friend sending in screenshots!