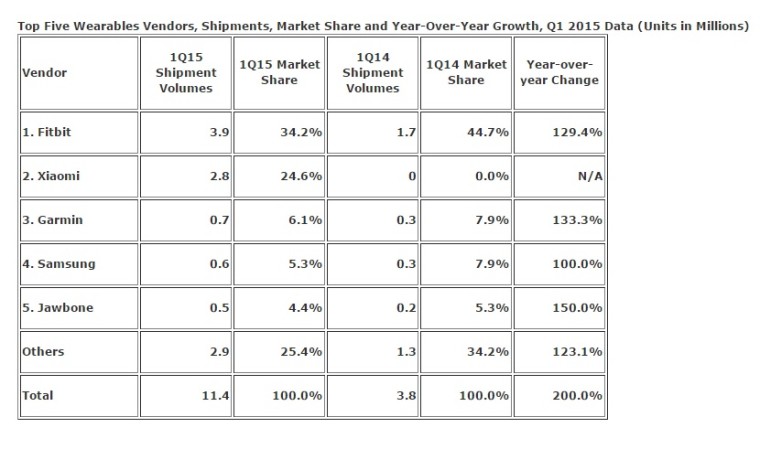 Xiaomi entered the wearables market last year with the Mi Band (check out our review here) and their pricing and marketing strategy appears to have been extremely successful. According to a report by the International Data Corporation (IDC), the Chinese manufacturer has taken second place in shipment volumes and market share for Q1 2015. It's being beaten only by Fitbit, but is ahead of Samsung, Jawbone and Garmin. 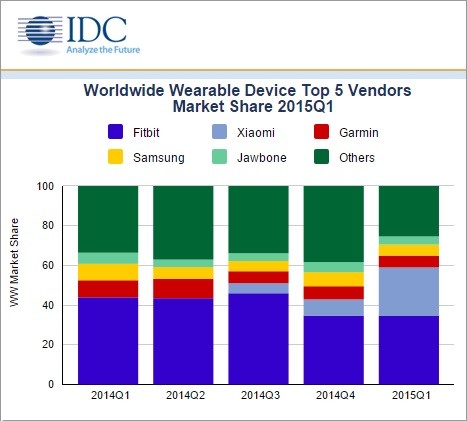 There is no doubt that Xiaomi's very low pricing contributed to its shipping of some 2.9 million units and taking over of 24.6% of the wearable market share in less than a year. This also appears to have spilled into the market share of other brands as well: every single wearable company on the list -- including the 'misc' manufacturers -- have lost about 20% to 25% of their market share to the Mi Band compared to Q1 2014. Of course, this data is from before the Apple Watch was released, so big changes might happen in the next few months.

The Mi Band is first wearable for Xiaomi, but it is not the first time they step out of their smartphone comfort zone either -- Xiaomi currently has a product portfolio that covers everything from smart weight scales through to headphones, and even action cameras.