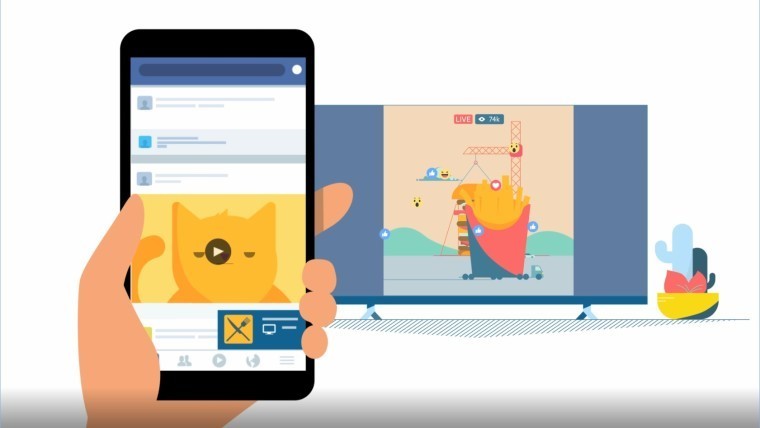 The ability to stream content from mobile devices to televisions has been around for a number of years and has been a great way to share the content viewing experience with others on a larger screen. While big players such as YouTube have had this capability for a while, others, such as Facebook, have been left behind.

Now, Facebook is after a piece of the action with the inclusion of video streaming in its mobile apps. Currently only available for iOS, with support for Android coming soon, users will be able to push video content in their Facebook feed by tapping the TV button in the top right, then selecting the destination device of their choice.

While a video is being streamed to a television, you'll be able to continue browsing your News Feed on your mobile device. It also adds an interesting dimension when streaming Facebook Live video to the television with the ability to comment and react in real-time

However, Facebook has quantified that in order to enable video streaming to a television, you'll need to do so through an intermediary device, such as Apple TV or Google Chromecast. Otherwise, owners of more recent television models with built-in Google Cast compatibility can be up and running as soon as the feature arrives in Facebook's Android app without the need for additional hardware.

Unfortunately, no mention has been made regarding the same capability coming to Facebook's apps for Windows 10 and Windows 10 Mobile. However, given that these apps have been ported from iOS using Facebook's Osmeta tools, there may be some hope that the feature could make an appearance sooner rather than later.